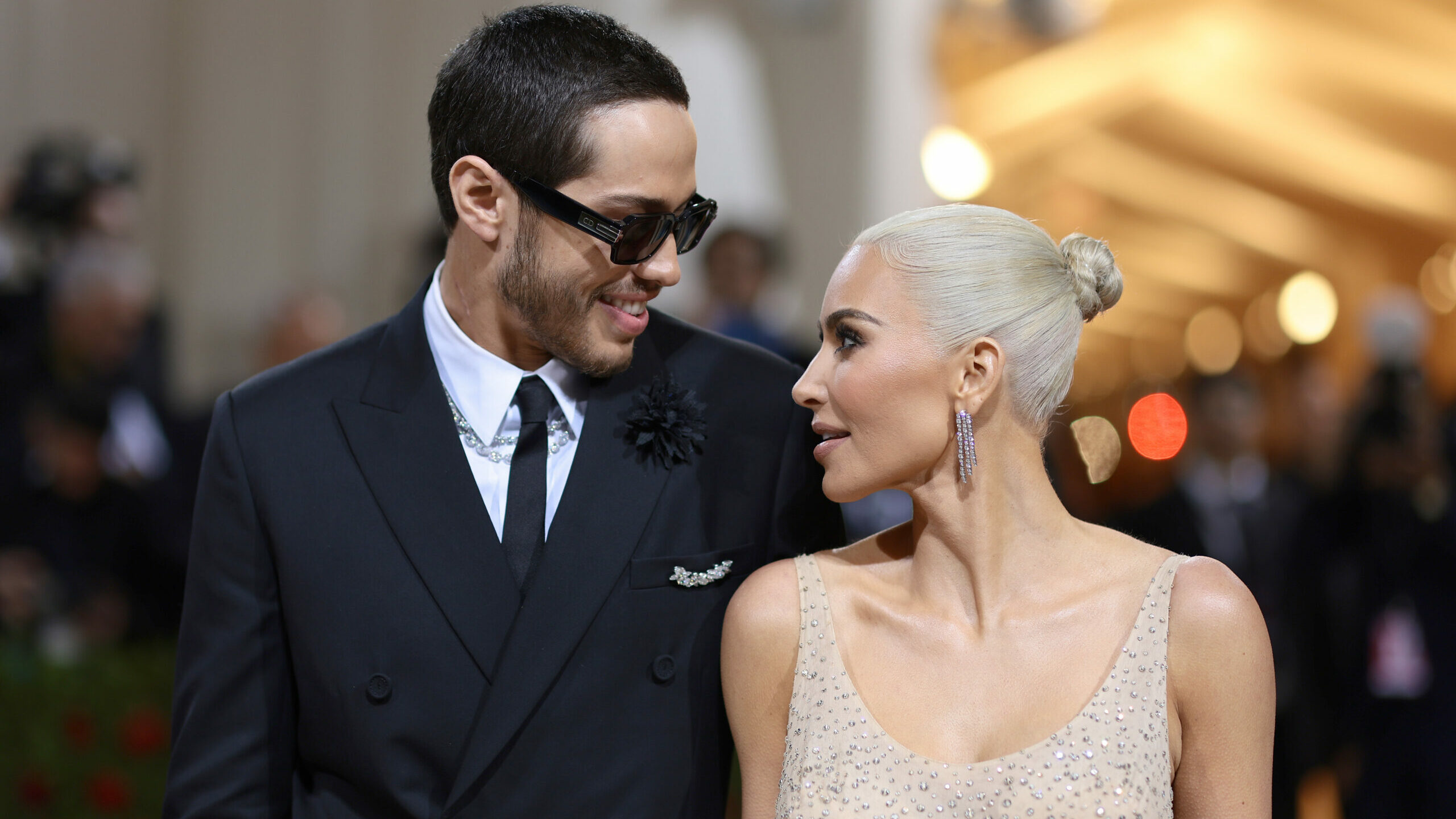 It’s time to pour one out for romance at its most pure. That’s right, everyone’s favorite bleach blonde Disney-esque couple Kim Kardashian and Pete Davidson, have allegedly stepped off of their magic carpet.

Their whirlwind romance began when the pair met on the set of SNL, and Kardashian heard about his BDE. Immediately interested (and who could blame her), she was hoping Davidson would be DTF — she uses a lot of abbreviations, okay? What happened next was a romance spanning nine months, but all gloriously tattooed and dreamy things must come to an end.

Kardashian previously explained the first kiss and attraction she felt to Davidson.

“When we kissed in scene — it was just a vibe and I thought ‘Oh sh*t, maybe I just need to try something different.”

Their last social media post together was in July, so what went wrong in less than a month?

They’ve decided to be friends due to long distance and demanding schedules. Davidson has been living in another country while working on a film, and Kardashian has been in Los Angeles working on her business and taking care of her children.

An insider gave People the following quote regarding the distance being a significant factor in their split:

“Part of the reason they split was because of their busy schedules. They both travel all the time and it was hard.”

From traveling the world to magic carpet kisses, Davidson and Kardashian sure had an epic romance in their shared time. Quoting one of the greats, Nicholas Sparks himself put it best: “The best love is the kind that awakens the soul and makes us reach for more, that plants a fire in our hearts and brings peace to our minds.”

We’re lighting a candle in honor of Kete tonight.