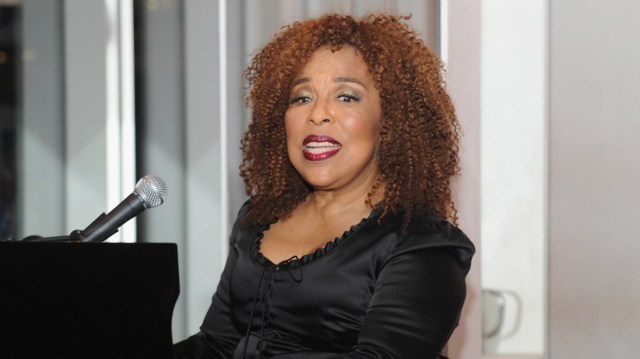 Roberta Flack, singer of hits like “Killing me Softly with His Song” and “Where is the Love,” has revealed that she has amyotrophic lateral sclerosis (ALS) and it’s robbed her of the ability to sing.

ALS, also known as Lou Gehrig’s disease, “has made it impossible” for Flack to sing, Flack’s manager Suzanne Koga said in a statement to the AP. The disease has progressed to the point where it’s also hard for Flack to speak. “But it will take a lot more than ALS to silence this icon,” her manager said.

Flack “plans to stay active in her musical and creative pursuits.” The singer’s health reveal comes on the heels of a new documentary about the singer’s like called Roberta. It’s a feature length film from filmmaker Antonino D’Ambrosio, and it’s premiering this week at the DOCNYC film festival.

The movie will air on PBS on Jan. 24 as a part of the network’s American Masters showcase. Flack, 85, has had other health issues over the years. She suffered a stroke in 2016, and a few years later fell ill while at the Apollo Theater during a benefit for the Jazz Foundation of America.

The singer shot to fame after she released “The First Time I Ever Saw Your Face” and it was included in the soundtrack to the 1971 Clint Eastwood movie Play Misty For Me, where it was featured during a pivotal love scene. “Killing Me Softly With His Song” was another huge hit for Flack and it was a hit again in the mid ’90s when rap group The Fugees covered it.

She’s also working on a children’s book called The Green Piano: How Little Me Found Music. Flack was a classically trained pianist and earned a full scholarship to Howard University when she was just 15 years old.

“I have long dreamed of telling my story to children about that first green piano that my father got for me from the junkyard in the hope that they would be inspired to reach for their dreams,” Flack said about the book. “I want them to know that dreams can come true with persistence, encouragement from family and friends, and most of all belief in yourself.”

After her stroke in 2016, Flack returned to performing and the AP asked her if she was going to sing any of her old hits. “There’s no such thing as an old hit,” she said, adding that they should be referred to as “classics.”