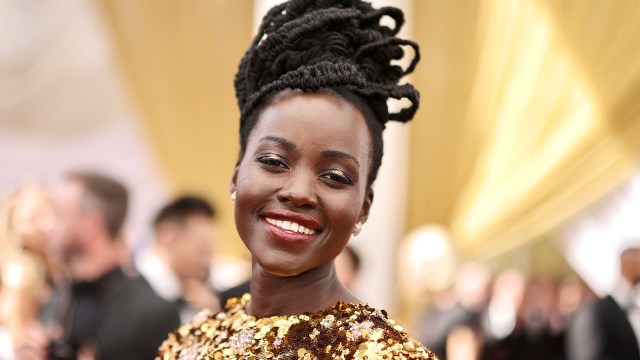 Lupita Nyong’o is giving the world some insight into what it was like to witness firsthand an infamous moment at this year’s Oscars ceremony that shocked audiences everywhere and launched her into becoming an instant meme.

Nyong’o was seated directly behind Will Smith at the Academy Awards and witnessed the actor walk up to the stage and slap comedian Chris Rock during an unscripted and off-the-rails moment. However, it was not entirely clear that the slap was genuine at the time that it happened, with many people at first believing it was a staged occurrence played up for laughs.

After Smith sat back down and began shouting expletives from his chair directed at Rock for making a joke about his wife, Jada Pinkett Smith, it became all too clear to the world that the slap was no joke.

Nyong’o facial expressions showcased a roller-coaster of emotions that reflected the puzzled bemusement, confusion, and finally utter shock that the entire world essentially went through at the same time. Her journey from laughing nervously to having an unhinged jaw as the reality of the situation dawned upon her was captured live on video as it unfolded. Because of this, Nyong’o explained to The Hollywood Reporter that she immediately knew her reactions would soon go viral around the world, “I knew as soon as it was over that I was going to be a meme.”

Nyong’o stopped short of further elaborating on what it was like being there that night, instead opting for her vivid facial expressions to do the talking for her. “I don’t want to add any more fuel to that thing, quite frankly,” she said.

The Oscar-winning Nyong’o is set to reprise her role as Nakia in the forthcoming Marvel film Black Panther: Wakanda Forever, which hits theaters on Nov. 11.