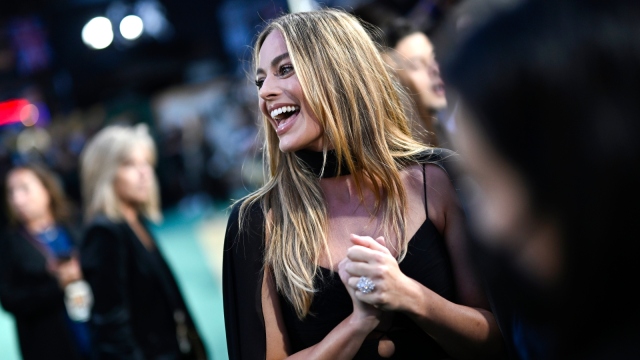 We’re still just over a month away from witnessing Margot Robbie‘s Oscar-worthy performance (calling it) in Damien Chazelle’s upcoming period action-comedy Babylon. Chazelle previously worked on the record-breaking La La Land, which won all seven of its nominations at the 74th Golden Globes and five of its eleven 70th British Academy Film Awards nominations. On the other hand, Robbie has recently worked on the period comedy-thriller Amsterdam and two appearances as the DC Comics anti-heroine Harley Quinn in 2020’s Birds of Prey and 2021’s The Suicide Squad.

Babylon, which is now in post-production, stars Brad Pitt, Margot Robbie, Diego Calva, Jovan Adepo, Li Jun Li, Jean Smart, and Tobey Maguire. Robbie portrays Nellie LaRoy, an aspiring actress struggling to make it big in ‘1920s Hollywood. The ensemble cast each portray an ambitious dreamer, but it actor, dancer, musician or the like, that wants to make a name for themselves in a decadent, unbridled and depraved Hollywood. Robbie’s character — from what trailer footage has shown us — appears to be on the rise as a wannabe actress, but falls victim to excessive partying, alcohol and drugs.

Nellie also seems to be somewhat of a risk-taker, especially as far as modesty and dignity. Robbie has made it clear that there are several nude scenes in Babylon, but assures herself that she and Nellie are totally different people and all that embarrassment — all that shame — befalls her character, not herself. In an interview with Vanity Fair for this month’s issue, Robbie dished on the nude scenes:

And it isn’t the first time that Robbie has gone nude. When portraying Naomi Lapaglia in Martin Scorsese’s The Wolf of Wall Street, which happens to be Robbie’s breakthrough role, there’s a scene in which Naomi has sex with Leonardo DiCaprio’s character, Jordan Belfort, and Robbie turns on the charm in some flattering lingerie to set the mood.

Robbie is quite content with leaving her work at the door when she comes home from a long shoot, which is extremely admirable. While Robbie has proven with her role as Harley Quinn that she has versatility and range up her sleeve, she wants to build a barrier between herself and her roles, which are in themselves distinguishable from one another. Aside from Babylon, Robbie just wrapped filming on Barbie, co-starring Ryan Gosling.

Rumor has it that she will be leading a Pirates of the Caribbean spin-off with Birds of Prey director Christina Hodson as well, but Disney might not be entirely convinced.