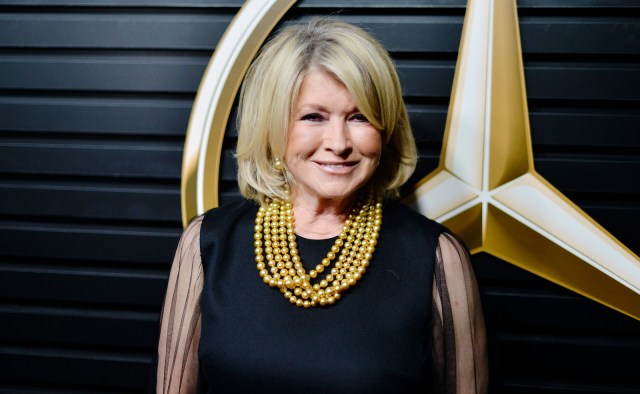 Over the last several years in the spotlight, former SNL star Pete Davidson has notably dated a slew of popular female figures in the industry. From pop phenomenon Ariana Grande to socialite Kim Kardashian, Davidson’s personal life is attached to plenty of fierce women. Perhaps the 28-year-old comedian is on the verge of dating his most surprising counterpart yet—renowned celebrity businesswoman Martha Stewart.

While chatting with ET, Stewart explained her stark preparation for Thanksgiving, noting which high-profile celebrities she planned on having as guests at her dinner party. Subsequently, the 81-year-old personality responded to recent internet rumors that point toward herself and Davidson becoming an item, a rumor she is happy to playfully go along with.

“Well, one day, you’ll know when we have our date,” Stewart jokingly insisted. Interestingly, when the topic of whether Davidson had actually reached out to her or not was brought up, she declined to provide an answer.

If the pair should ever date in the foreseeable future, it would undoubtedly present a striking age gap. If there’s one thing to understand about love, it’s that age is simply nothing but a number. Still, considering Davidson’s far-stretched list of former partners, Stewart would arguably be at the top of the list of those with incredible personalities.

In addition, the duo of Stewart and Davidson have already been linked together several times in the past. At this point, the two becoming a couple is almost to be expected. Let’s face it, stranger things have certainly happened this week.