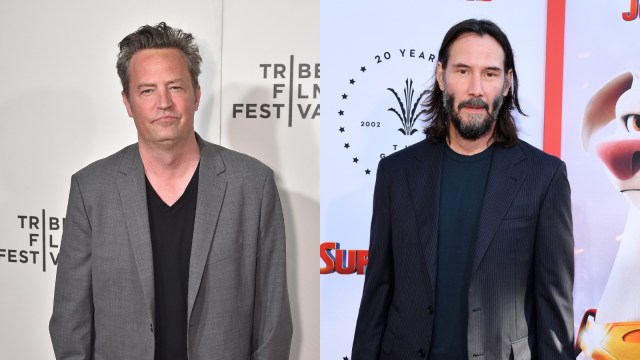 In his upcoming memoir Friends, Lovers, and That Big Terrible Thing, due out next week, Matthew Perry reveals his opioid addiction, the fact that he escaped death twice, and the fact that he seems to severely dislike Keanu Reeves.

The odd hatred for the Matrix actor can’t be completely explained but, then again, how can anyone explain a hatred for Keanu Reeves?

Perry takes a subtle shot, actually two subtle shots, at Keanu in his upcoming book, as reported by Page Six. First, when writing about the tragic passing of River Phoenix in 1993, Matthew Perry states, “Why is it that the original thinkers like River Phoenix and Heath Ledger die, but Keanu Reeves still walks among us?”

Perry and Keanu were both good friends of River Phoenix, whom Perry says was “a beautiful man inside and out and too beautiful for this world, it turned out.

“It always seems to be the really talented guys who go down.”

Matthew Perry wasn’t done with Reeves, however. He used him as a punchline in a similar joke again when writing about Chris Farley’s death in 1997. Perry describes his reaction to hearing about Farley’s death, saying, “I punched a hole through Jennifer Aniston’s dressing room wall when I found out,” then adds as a reminder, “Keanu Reeves walks among us,” as if again to suggest Reeves dying would’ve been better.

The extremely bizarre statements from Matthew Perry, ironically mostly known for a role in a series called Friends, is anything but friendly towards Reeves.

Nothing more on the apparently strained relationship between the two has been revealed, at least not until the book’s release, out Nov. 1.