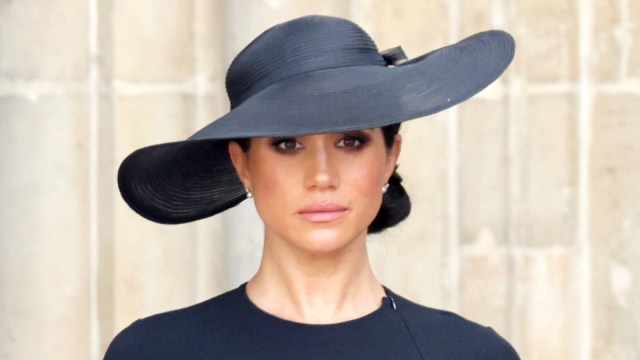 When it comes to being a royal, or even an ex-royal, it’s practically an inevitability that you will be portrayed in a movie or TV show at some point. Now, the Duchess of Sussex herself, Meghan Markle, is offering her advice to the actor who will one day take up the role.

Markle, an actor known for roles in shows like Suits and films like Horrible Bosses, was asked in a recent interview whether it is an odd prospect for her to know that she will be portrayed by somebody else in the future. Though Markle admitted she hadn’t “given it much thought” she nevertheless offered some insight on the “business” aspect of such a role. As Markle told Variety,

“It’s all weird. You have to compartmentalize. Anyone talking about me or casting an actor to play me, that will be a caricature of me that has been created for a business that makes people a lot of money. Once you can separate that out, it’s much easier to go: ‘OK. That actually has nothing to do with me.’ It genuinely doesn’t. It’s a hard lesson to come to grips with.”

When asked whether she had any advice she’d “give an actor 100 years from now who is cast as Meghan,” Markle said:

A century from now is certainly a long time to wait to see oneself on screen. However, Markle does not need to wait that long to watch a biopic of herself and Prince Harry. In fact, there are already multiple TV movies that served as dramatizations of the royal romance, including 2018’s Harry & Meghan: A Royal Romance and 2019’s Harry & Meghan: Becoming Royal.

Though both films premiered on the Lifetime channel and take place during different stages of the couple’s relationship, Prince Harry and Meghan Markle are portrayed by different actors in each one. Plus, the movies both came out prior to the couple stepping down from their royal duties in 2020, which was the source of much drama in news headlines. Unsurprisingly, Lifetime went ahead and covered the portion of the couple’s life stepping back from the British monarchy in a third movie, 2021’s Harry & Meghan: Escaping the Palace.

Although a trilogy of films about the royal couple was probably more than we needed in the first place, let’s hope whoever plays Markle next in an inevitable fourth installment covering the period that includes Queen Elizabeth II’s death will take the Dutchess of Sussex’s acting advice this time around and actually give her a call. Someone ought to let her know these Lifetime movies are out there, at the very least.