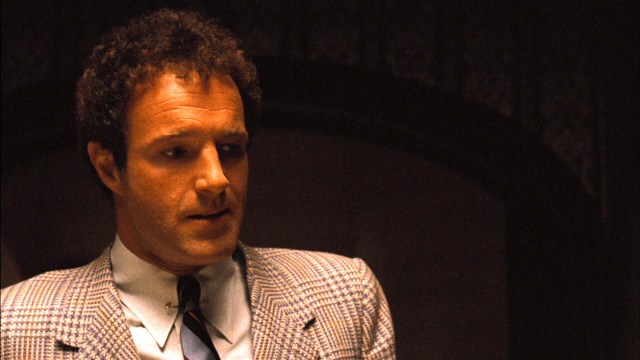 Esteemed actor James Caan died on Wednesday, and Miles Teller paid his respects by tweeting a beautiful message he received from the actor in 2020.

Teller took a photo of said message, which is dated Sep. 28, 2020, and reads, “Hey buddy, just wanted to say great job with everything. I enjoy your work. Never loose [sic] the passion and continue to be authentic. Good luck.”

“I will cherish this message for the rest of my days,” Teller captioned the photo.

At the time that message was sent, Teller had appeared in such acclaimed films as Rabbit Hole, The Spectacular Now, Whiplash, Bleed for This, Only the Brave, and Thank You for Your Service. We’re not sure which of those Caan watched and appreciated enough to message Teller.

Moreover, we’re curious to know if he watched The Offer, a miniseries on the making of his magnum opus, The Godfather, in which Teller plays producer Albert S. Ruddy, and Damian Conrad-Davis plays himself. It premiered on Paramount+ on April 28 and concluded on June 16, just weeks before the 82-year-old star’s death.

“It is with great sadness that we inform you of the passing of Jimmy on the evening of July 6,” announced Caan’s Twitter account. “The family appreciates the outpouring of love and heartfelt condolences and asks that you continue to respect their privacy during this difficult time.”

Condolences poured in for Teller regarding his fallen, fellow Godfather associate.

You can see the passion and authenticity that Caan noticed in Teller by watching his newest projects: Top Gun: Maverick, Spiderhead, and, of course, The Offer.