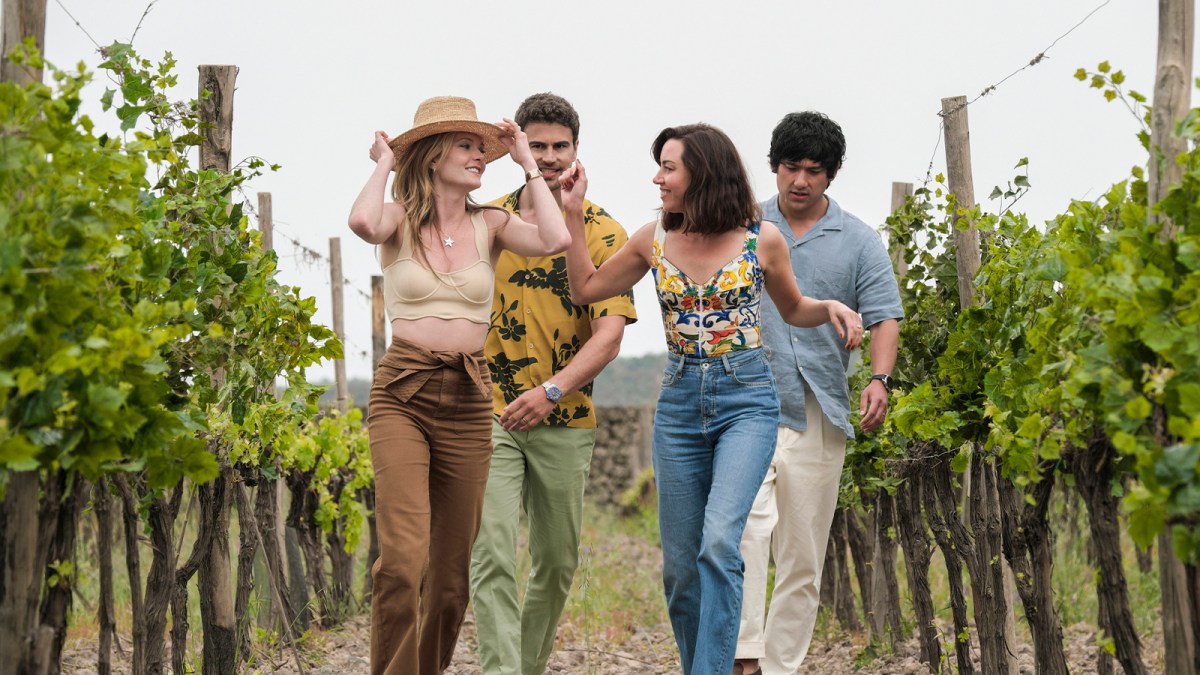 Aubrey Plaza appeared on Late Night with Seth Meyers to promote and celebrate her Golden Globe nomination for her role in the latest season of The White Lotus. Whilst talking with Meyers, Plaza wanted to set the record straight about an incident her co-star Meghann Fahy discussed on the show about a hike the two shared in Italy.

Fahy had previously told Meyers during her own interview that she had Plaza had gotten lost whilst out on a hike resulting in them walking along a highway with no sidewalk. As a “whole bike gang” rode past them and gave them a few whistles Fahy recalled Plaza shouting out “Don’t look at me!”

When it came to Plaza’s turn to sit down with Meyers, the actress proclaimed that Fahy had missed out on a crucial contextual detail from the story – they were tripping on mushrooms.

“Yeah, I saw her on your show, ’cause I watch your show, and she left out the most important part, that we were on mushrooms.”

Meyers did offer the fact that Meghann might have been a little less forthcoming due to her parents having been in the audience.

Plaza took a certain level of umbrage at how she came out off in Fahy’s story though, with Meyers agreeing, “you’re right, she told a story that made you seem rude to Italian motorists.’

Plaza counteracted, describing how the whole event felt from her, slightly muddled, point of view.

“It was terrifying! We were lost on a highway and there were Italian men going vroom vroom, like coming at me. I though they were taking me to the dark side, I was going to transfer over!”

She did apologize to Fahy in case she got in trouble with her parents for telling the story, but as this shows, there are always two sides to every story and one of those sides may come with a drug-induced trip.

Both seasons of The White Lotus are available to stream now on HBO Max.