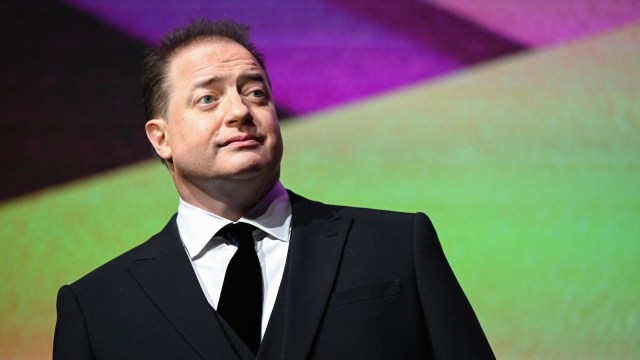 The Golden Globes — aka The Hollywood Foreign Press Association awards — will be televised in January after a one-year absence from the airwaves. The beleaguered ceremony was not televised this year following a string of controversies but is now partnered with NBC to resume the festivities. But there will almost certainly be one notable absence from the evening’s presentations — the star of The Whale, Brendan Fraser.

Fraser is nearing a culmination of what is perhaps one of the highest-profile Hollywood comebacks of all time. After experiencing the heights of A-list stardom following roles in hit films and fan favorites throughout the ’90s and early 2000s including Encino Man, School Ties, Airheads, George of the Jungle, Gods and Monsters, and the long-running The Mummy franchise, Fraser experienced a series of setbacks that all but removed him from the industry’s A-list.

After a series of poorly performing films, an expensive divorce, and a series of surgeries — which Fraser has stated resulted from his many years of action and stunt work — Fraser’s star had fallen from its earlier heights. In 2018 however, his fortunes began to change. Fraser turned in a string of acclaimed television performances, including that of Robotman/Cliff Steele in DC’s Doom Patrol and James Fletcher Chace in FX’s Trust.

The roles, along with a popular 2018 interview in GQ propelled Fraser’s career back into orbit and led to his casting in Darren Aronofsky’s The Whale, which received a six-minute standing ovation at its Venice International Film Festival debut in front of a noticeably emotional Fraser. The film is expected to be a darling of the upcoming awards season — but Fraser will be notably absent from one ceremony even if nominated.

Fraser’s history with the organization refers to his 2018 statement to GQ that Philip Berk, a former president and member of the Hollywood Foreign Press Association, had groped and assaulted Fraser at a 2003 HFPA luncheon. Berk and the HFPA have both denied the allegation. Fraser, however, stands by his story, and will no longer be associating with the association in any way, including attending the Awards ceremony even if his performance is nominated.

“It’s because of the history that I have with them,” Fraser told GQ “And my mother didn’t raise a hypocrite. You can call me a lot of things, but not that.”