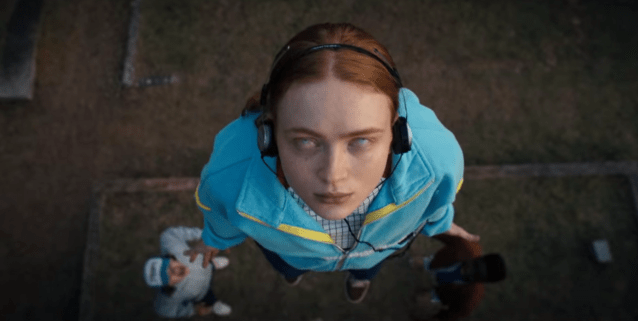 Halloween is a chance for all of us to chuck on a costume, take some pics and have some fun as we revel in one of the most chaotic holidays in the western calendar. One thing that many love is seeing what their favorite celebs will be putting on for the spooky occasion; which pop culture moments will they reference? How niche will it be? How put together is the look? Well, in the case of Nina Dobrev and Shaun White, the couple went for possibly one of the biggest popular culture moments of the year, with a slight gender twist.

This year the couple chose to recreate one of the most memorable moment’s on television, Max vs. Vecna from season four of Stranger Things. With White’s iconic long ginger hair now gone though, the Olympic champion donned a long ginger wig as he took on the role of Max while Dobrev chose to play a slightly more slender version of the evil, twisted Vecna.

Rather than opting for the hours and hours of make-up and prosthetics that actor Jamie Campbell Bower had to endure to play the role, Dobrev instead wore a Vecna body suit and rubber mask, applying long false nails to mimic Vecna’s life sucking nails. It’s a little pedestrian, but we’ll let her off thanks to the fun they seemed to have recreating the scene where Vecna traps Max in the season finale and starts to twist her body into a pretzel… not the most laugh worthy scene from the show.

Halloween makes kids out of us all, and getting to dress up as our favorite characters and recreate scenes from films, television, even games and books that we love is why so many people love the holiday.