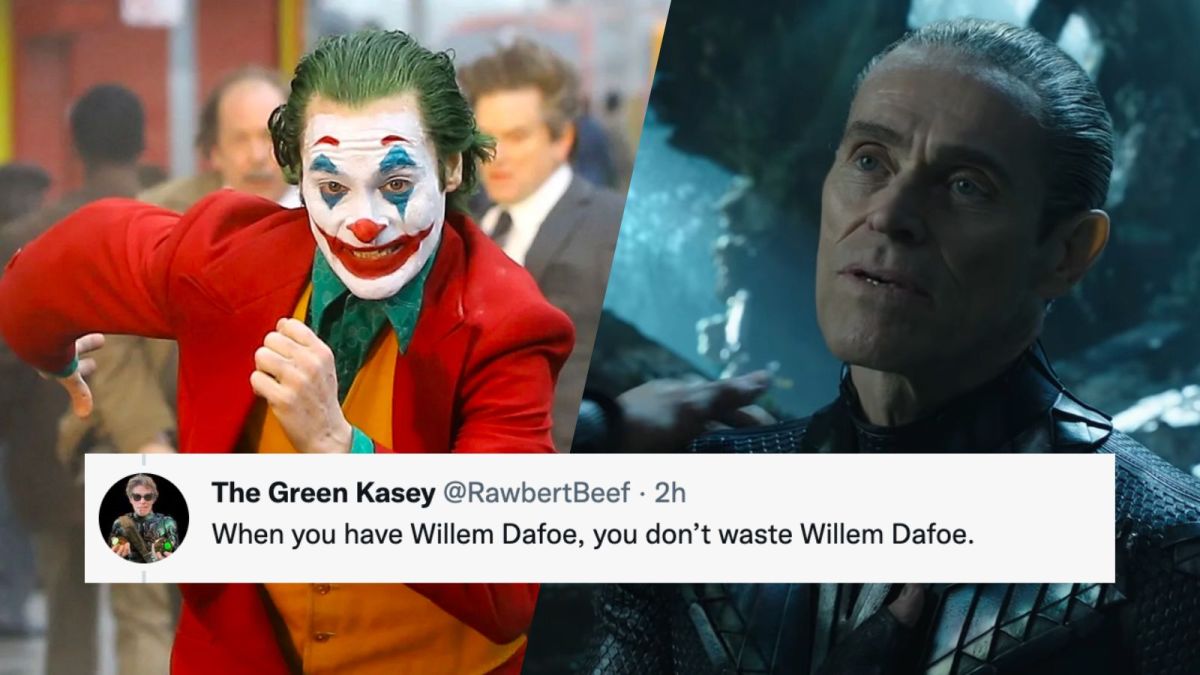 DC’s future is currently messy since Warner Bros announced that they might be recasting some of their existing superheroes, such as Aquaman, under Gunn and Safran’s leadership. While it was rumored that Mamoa could be recast as Lobo, fans thought a certain name in the ring if DC plans to recast Joker.

At the moment, Jared Leto was cast as the clown prince of crime in the DCU and appeared in The Suicide Squad. Meanwhile, Joaquin Phoenix stars as the villain in the standalone Joker films. But if DC plans to find a new face for the iconic DC villain, fans believe that Willem Dafoe would be an excellent candidate.

Twitter user @RawbertBeef dared asked the question what’s stopping DC from casting Dafoe to play Joker and was immediately met with support from other DC fans.

What’s interesting about this fan cast is that Dafoe is somewhat down to do it. According to an old January report by Variety, Dafoe said that he’s interested to play a “Joker imposter” in a future Joker film.

“There is something interesting about, like, if there was a Joker imposter. So it would be possible to have not dueling Jokers but someone that [claims] to be the Joker that isn’t the Joker. And that kind of opens up the possibility of an interesting story, particularly if you had Joaquin Phoenix’s Joker, and then you had someone who was either imitating or riffing off what he did.”

There have been a handful of actors that appeared in both DC and Marvel films such as Ryan Reynolds who played both Deadpool and Green Lantern. At the same time, Dafoe starred in the 2018 Aquaman film as Vulko. So if DC’s future involves phasing out the old Snyder heroes, at least hold on to the opportunity to use Dafoe and have him star in more prominent DC roles.