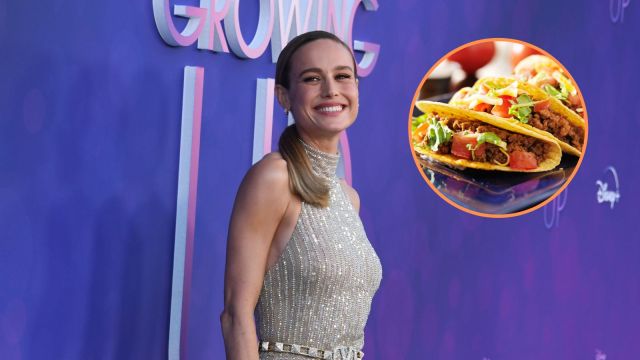 A cryptic social media post from Brie Larson has now been fully unravelled, as the top minds of the world united to work out what on Earth was going on.

At approximately 6:00pm EST on Oct. 3, Larson posted a series of selfies onto her Instagram story with a curious caption hinting around some sort of grand taco-based conspiracy. The post read “Probably (definitely) thinking about tacos”, leaving fans heavily confused by what is going on.

The great minds united, with people unsure if it was actually a secret code revealing she’s been kidnapped and had only one post to let the world know, or if she’s going supremely method acting for an upcoming taco-based movie. We can now safely say we know the answer, and it’s a bombshell which could rock Hollywood to its core.

Larson had in fact been guilty of celebrating National Taco Day a disgusting day early, leaving fans to question her credibility on the topic of food-based holidays. How this will affect her status as a modern Hollywood star is unknown, but there’s no doubting the seriousness of such a revelation.

There’s been no word yet on if this will impact the impending release of the Captain Marvel sequel The Marvels, with the film currently expected to hit cinemas July 2023. Larson will be very busy next year, with her joining the cast of Fast X alongside Marvel alum Vin Diesel.

Fast and Furious 10 is expected to debut May 2023, with the film being the first of a two-parter.