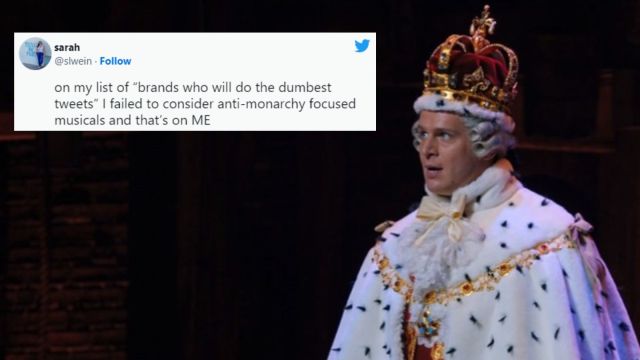 As the world mourns after news of Queen Elizabeth II’s death broke, some used this tragic event to criticize the royal family for a variety of reasons, one of them being their family’s history as colonizers which led to countries like America trying to free themselves from the crown’s rule, and others who are still unable to break free from the commonwealth.

So when both Hamilton and Les Misérables, two popular musicals known for their stories of rebelling against the monarchy, sent condolences to the Royal Family, these people wondered if anyone in those productions really paid attention to what their shows were about.

This started when both the Hamilton and Les Misérables Twitter pages released official statements, saying that everyone on their team was ‘deeply saddened’ by the news. They also sent their sincere condolences to the Royal Family as they mourn their loss.

However, people on both Twitter and Tumblr began to mock the two musicals for “not understanding what their shows were about”, so much so that Les Misérables ended up deleting their statement. People began to wonder if what they said was a joke or if they were really serious.

For those who still haven’t watched these two musicals, both focus on the themes of fighting for independence against the monarchy. Hamilton told the story of the American Revolution during the first half of its show. Meanwhile, Les Misérables was set during the time of the French Revolution. Obviously, people wondered if anyone in their teams was aware of this, feeling that it’s “pretty ironic” that they share their “condolences to the Royal Family”.

Some people suggested that they didn’t have to say anything as according to them, no one will wonder how “this musical is feeling” about the situation. However, since these were posted on the musical’s West End accounts and not the official ones, you could say that they’re kind of required to do so.

Not everyone mourned when the news of the Queen’s death broke. Fans pointed out that the former Doctor Who star, Christopher Eccleston is probably going to have a field day on social media due to his views about the monarchy. But at the same time, people do care about the Queen and will mourn her regardless.