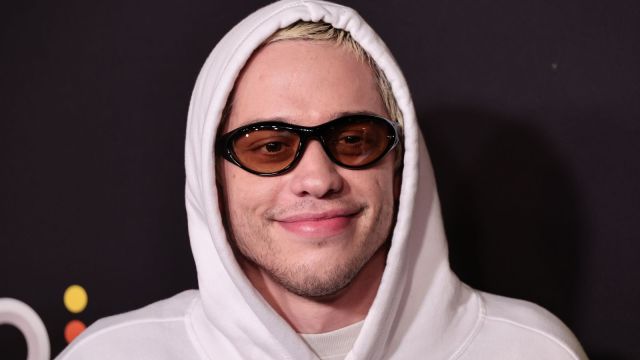 Pete Davidson’s streak of dating ridiculously attractive women is continuing with his latest relationship so ridiculously out of his league everyone is asking the same thing — how?

Somehow, against all logic on this planet, Davidson is now reportedly dating Emily Ratajkowski. Yes, the catwalk model, Gone Girl star, and former Sports Illustrated model is now dating the 21st century’s Jerry Seinfeld. History repeats itself, first as tragedy. Then as farce.

The new couple is so ridiculously off-kilter, it’s enough to make you wonder what Davidson has which makes him seemingly irresistible to women. Going out with Ariana Grande, Kim Kardashian, and now Ratajkowski sounds more like a 15 year-old’s self-insert fan-fic than reality.

One of the best Twitter gimmick accounts also weighed in, with Liza Minnelli again outliving something. Though Davidson re-entering the dating scene is hardly surprising, it was more like an inevitability. Overwhelmingly, people are utterly shocked by what is going on and the gremlin comparisons are being made.

In the words of a Gen Z social media fiend, Ratajkowski utterly fell off after dating Gibby in iCarly. Like an absolute, all-time fall off.

Perhaps we’re being too superficial about Davidson. Immensely talented as a comedian and able to give really strong performances when he’s in films, he definitely seems like a fun person to be around. He was a massive highlight of the recent A24 horror movie Bodies, Bodies, Bodies in which he’s able to shine as a psychopath.

Who’s next for Davidson after Ratajkowski? Well, there’s only one obvious choice: Taylor Swift. Time for a break-up song about her dating a bizarre comedian.

Congratulations to Davidson and Ratajkowski, we wish them all the best in their relationship.