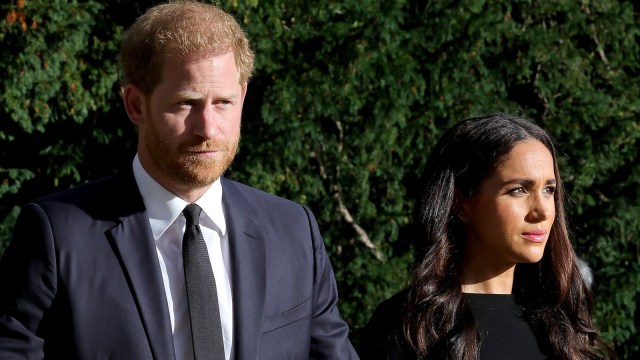 In the wake of the death of Queen Elizabeth II and King Charles III taking the throne, the public’s interest has once again piqued on the various Windsor Family controversies. This includes the much-discussed split of Prince Harry and Meghan Markle from the rest of the royals, which has infamously led to a lot of backlash against Markle from the royal-loving part of the population.

The anti-Meghan crowd often claims that the Duchess of Sussex turned her husband against the British press, but some newly resurfaced interview clips from Prince Harry’s past make it clear that his distaste for the media in his native country stretches back long before he even met his wife. One viral tweet collects together various times across the years when the prince didn’t hold back about his thoughts on the press, to their very faces, particularly during his military service in Afghanistan.

In these clips, the Duke of Sussex lets loose with his opinions, blasting the U.K. newspapers for the “general sh*te that they write.” Tellingly, he even outright states that he embraced the chance to undertake active military duty overseas, as he “generally [doesn’t] like England that much.” That pointed statement makes it pretty clear that his decision in recent years to up sticks from the U.K. to the U.S. is the result of a long-term resentment against his country of birth, probably only exacerbated by the media’s treatment of his wife.

As for the real root of his problems with the press, Prince Harry alludes to that in the final clip in the video above. When asked “how far back” his mistrust of the media goes, the young prince laughs humorlessly and comments, “I think it’s fairly obvious how far back it goes, to when I was very small.” This is an obvious allusion to the death of his mother, Princess Diana, who died in a car crash in Paris after trying to escape the paparazzi.

The world has a lot of questions following the ascension of a new monarch to the British throne, but clearly, whether Harry’s going to change his opinion on the press anytime soon isn’t one of them.