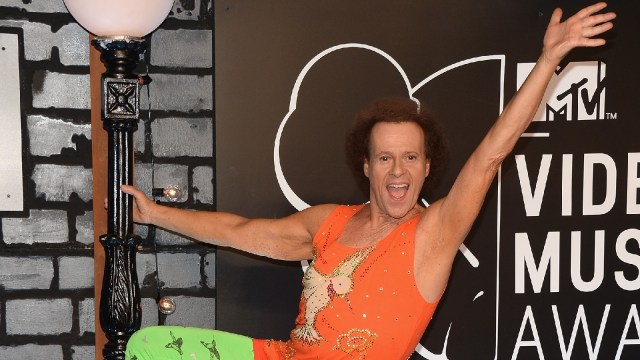 Richard Simmons is making a rare public comment, following years of largely stepping out of the limelight, in the wake of fans’ outpouring of messages of support with the release of a new documentary about the fitness guru.

With the release of the new documentary on Hulu, TMZ Investigates: What Really Happened to Richard Simmons, came a surge of messages of well wishes and support for Simmons, which he responded to in a message of thanks on his Facebook page, as TMZ reported.

“Thank you, everyone, for your kindness and love!” Simmons said in the post.

It has been more than eight years since Simmons largely disappeared from making public appearances after being a very regular presence in the realm of pop culture for decades. And although the exercise enthusiast’s Facebook account does regularly post archival video clips — largely of classic workout routines — this latest comment, appearing as it does a couple of days after the documentary dropped, is significant for seemingly being a direct message from him. Fans loved Simmons’ interaction with his audience, as well; while his usual Facebook posts typically garner a couple of hundred comments each, this latest post amassed “close to 5,000 comments in less than 48 hours,” the TMZ article noted.

The fitness personality Richard Simmons first came to prominence in the world of health by opening a gym, Slimmons, in Beverly Hills, before transitioning into a full-blown TV personality with a series of aerobics videos and frequent appearances on talk shows from the 1980s onward.