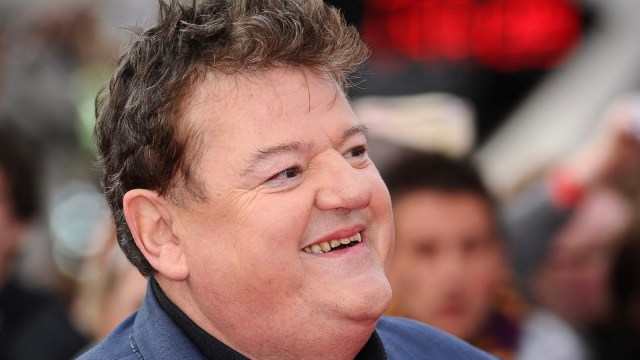 Barely hours after the news broke that beloved Harry Potter actor Robbie Coltrane, who portrayed the gentle giant Hogwarts groundkeeper in the series, has passed away at the age of 72, online tributes began to pour out for the legendary character actor.

The grief of Potter fans has inspired hundreds of social media posts remembering the Scottish actor but some of the most poignant posts are by Coltrane’s fellow Potter stars as well as the many other actors and comedians who worked with, and inevitably befriended the imposing funny man. Almost all speak to Coltrane’s incredible sense of humor and his warm friendship.

“Robbie was one of the funniest people I’ve met and used to keep us laughing constantly as kids on the set, I’ve especially fond memories of him keeping our spirits up on ‘Prisoner of Azkaban,’ when we were all hiding from the torrential rain for hours in Hagrid’s hut and he was telling stories and cracking jokes to keep morale up. I feel incredibly lucky that I got to meet and work with him and very sad that he’s passed. He was an incredible actor and a lovely man.”

James Phelps, who portrayed Fred Weasley in the Potter films, shared a heartwarming remembrance of Coltrane’s encouragement to him on his first day of filming.

Bonnie Wright, who starred as Ginny Weasley in the Potter franchise expressed her grief at losing her friend as well as her favorite character.

Neville Longbottom actor Matthew Lewis also discussed his warm relationship with Coltrane and their shared love of the “final frontier.”

David Thewlis played Professor Lupin in the series and recalled that the greatest laughs on the set came from Coltrane.

House star Hugh Laurie, who emerged from the same early 1980s U.K. comedy scene that launched Coltrane to stardom, remembered the regular commutes he would make with his friend from Manchester to London.

Laurie’s comedy partner Stephen Fry also recalled Coltrane, reminiscing about being on the set of the TV series Alfresco where both he and Coltrane made their television debut.

Eric Idle remembered his Nuns on the Run co-star as a “consummate actor” and a great friend.

The BAFTA official account remembered Coltrane’s contributions to his art and his five award wins.