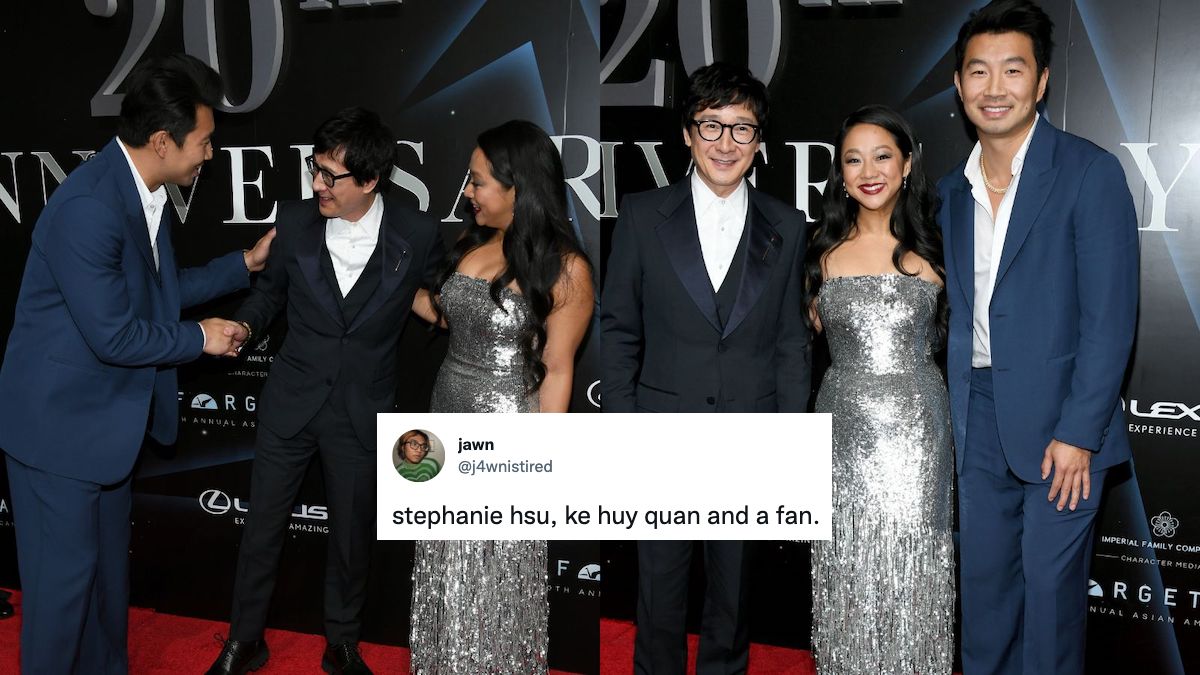 Simu Liu has had a great 2022, but he doesn’t seem to be doing a very good job at winning the public’s affection, judging by the vitriol a simple photo bomb has attracted.

The Shang-Chi and Barbie actor crashed Everything Everywhere All At Once‘s Ke Huy Quan and Stephanie Hsu’s red carpet moment at the 20th Annual Asian American Awards on Monday, and the internet did not like it one bit.

One fan joked that the moment looked like a fan asking his favorite actors for a picture, while another is concerned for Quan and Hsu’s safety.

There were countless “he thinks he’s on the team,” and “get a job! stay away from her!” meme references, too.

Although Liu’s MCU film has been praised as one of the best in Phase Four of the franchise, the actor was quickly added to the internet’s blacklist after his past as a Reddit user in some questionable communities surfaced. To make matters worse, the Canadian actor compared himself to the late Chadwick Boseman, thus triggering another wave of ridicule.

That’s only scratching the surface, seeing as everything Liu says or does nowadays is cause for some kind of backlash, and his seemingly harmless photobomb with the Everything Everywhere cast is another entry on that list.

Liu was recently featured in the teaser trailer for Greta Gerwig’s Barbie. His role in the film is still undisclosed, but it is rumored he plays one of several different versions of Ken. Barbie premieres July 21, 2023.