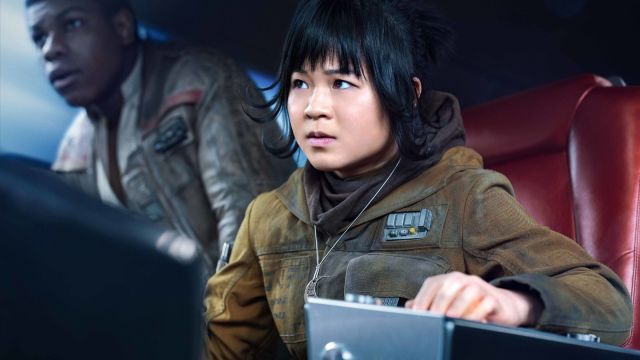 Kelly Marie Tran really got the short end of the stick when she joined the wide-reaching galaxy of Star Wars, but is about to add a tremendous role to her repertoire with a new film.

The Raya and the Last Dragon star will produce and star in a film based off of activist Amanda Nguyen, who rose to fame for her activism raising awareness of sexual assault on college campuses and becoming a voice for survivors in the face of a toxic culture. Nguyen penned a Survivor’s Bill of Rights which led to palpable change in a new federal law for sexual violence survivors.

Tran spoke humbly of taking on the role and the impact Nguyen’s story had on her, saying she feels honored to be able to portray the icon on-screen. Her statement was shared by The Hollywood Reporter, who broke the story.

“Over the years, Amanda’s activism has changed the lives of billions, as she continues to make our world safer for sexual assault survivors everywhere. Her courage inspires me every day, and I am honored to help tell her story.”

Tran will be directed by a Canne Film Festival favorite in Tang Yi, whose short film All the Crows in the World won the Palme D’Or in 2021. Yi will also act as scribe on the project, with her working closely with Tran, as well as Nguyen herself.

Nguyen spoke with gratitude of Tran and her production company making the film and allowing her story, as well as many survivors, to feel properly heard.

“I am deeply grateful to Kelly Marie Tran, Madica Productions and Significant Productions for telling not only my story, but also the story of billions of survivors across the world who are fighting to have our voices heard and our rights recognized.”

Tran has had a tumultuous few years since she appeared in The Last Jedi, with her receiving racist abuse online and only recently have fans started to share their love for her character Rose Tico. Tran’s new project does not have a release date earmarked as of yet.