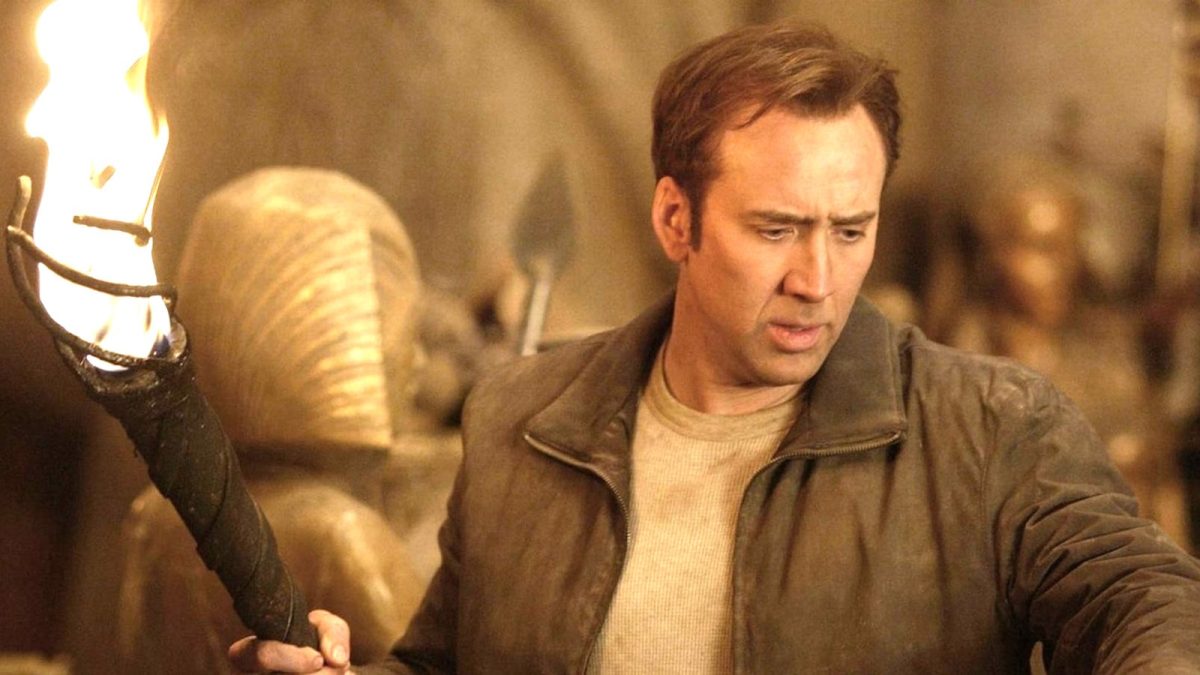 Comedy and action are the film genres Nicolas Cage is most often known for, not that he doesn’t take on dramas, or that he hasn’t been in romances that are mixed with other genres. Still, Nicolas Cage has aspirations he’s yet to fulfill in his acting career, and it’s interesting to learn that he’d like to do a musical.

He was talking with Empire Online when he revealed, “I haven’t done a musical yet. I’d like to try that. I’m not much of a singer. I did sing okay in Wild At Heart, I thought, but I’ve since blown my voice out singing ‘Purple Rain’ incorrectly in karaoke bars.” Then, he added, “I think I’d make a good Pontius Pilate in Jesus Christ Superstar.”

If Cage simply snapped his fingers, it would be a go. Clint Eastwood might answer the call, since making Jersey Boys in 2014. After making West Side Story in 2021, Steven Spielberg might still have the bug and want to take it on. …However, upon a closer look, Francis Ford Coppola might be too obvious, since he did direct One from the Heart in 1981, and he is the famous actor’s uncle. The issue is, do Cage’s fans want to see him singing “Pontius Dream” while he walks around the stage in a nightgown and sandals?

Diehard fans might, but the general consensus is maybe not. Then, the wheels started turning at WGTC. What other musicals come to mind when brainstorming about Nicolas Cage’s musical debut?

With Wicked set to come out in 2024, it appears the part of Doctor Dillamond hasn’t been cast yet. Jeff Goldblum will be playing the Wizard and with Ariana Grande as Glinda, Cage could slip right into the role of the talking goat who teaches life science at Shiz University where both witches attend. He could really bring his infamous Cage quirks to the professor role and steal the show.

Cage could reprise his role as Big Daddy from the 2010 film Kick-Ass. While they’re at it, they can turn it into a musical. Who doesn’t want to see a Batman-looking character singing songs about crime in this action comedy where a kid decides to be a superhero without having any skills whatsoever?

It Could Happen to You

What no one knew they needed is for It Could Happen to You to be made into a musical. In the 1994 film, Cage starred with Bridget Fonda and Rosie Perez in a romance about a cop who promises to give a waitress half his winnings on a lotto ticket because he finds himself short of a tip. What he didn’t do was clear it with his wife first. That has musical written all over it.

Mean Girls is the musical the world didn’t know it was missing. When Lindsay Lohan, Rachel McAdams, Lacey Chabert, and Amanda Seyfried start bonding after a bumpy start and then start fighting among themselves because they’re all mean girls, there are so many songs that can be written about teenage emotions and popular pettiness. Nicholas Cage would shine in several of the roles, but Cady’s Dad just might be the best fit.

Jekyll & Hyde debuted on Broadway in 1997. It has been very successful in its over 25-year run. So, why not let Cage play both parts of the doctor and the sinister character he transforms into? After all, he has experience being a doctor in Inconceivable as well as a soulless avenger in Ghost Rider, even though he’s the good guy. He can pull from that experience to pull of being evil.

Joseph and the Amazing Technicolor Dreamcoat

This one might have Donny Osmond reprising his role as Joseph in the 1999 comedy musical Joseph and the Amazing Technicolor Dreamcoat. The story follows the biblical character Joseph as his father gives him a colorful coat and makes his brothers jealous so they sell him into slavery where he rises to become steward to a very powerful person in the land. What part would Cage play? He just might make the great Pharaoh.