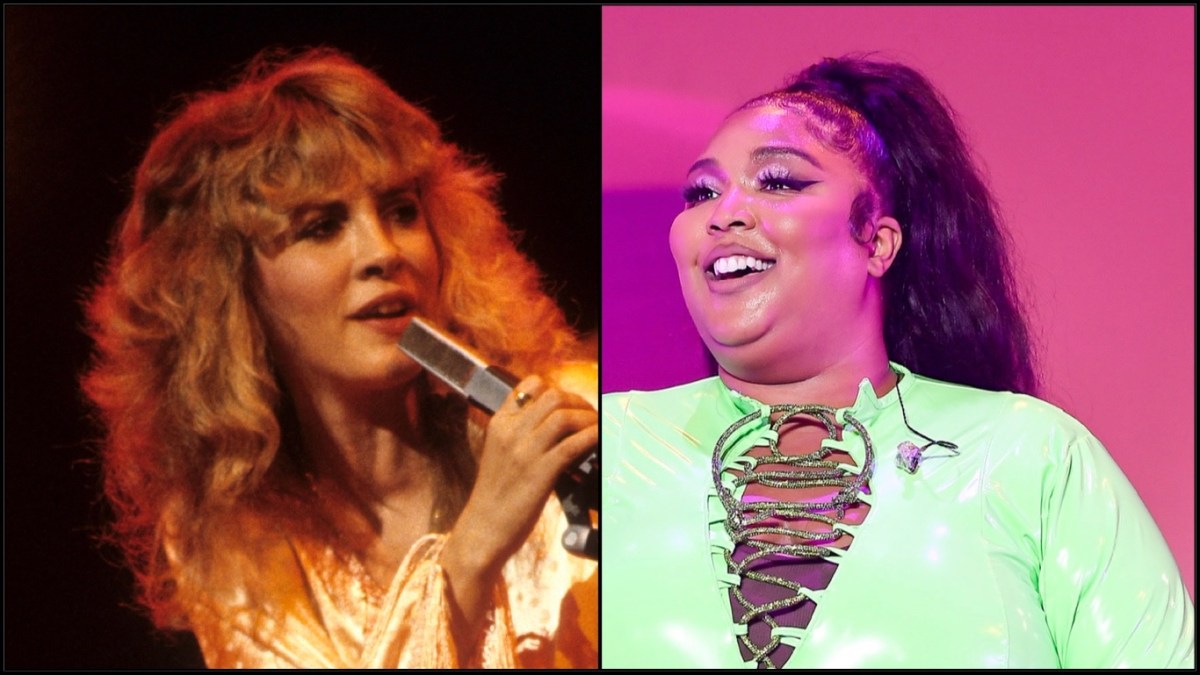 Legendary singer Stevie Nicks took some time to praise one of the most popular female singers of the modern era – Lizzo. Nicks praised Lizzo’s appearance at the People’s Choice Awards as “beautiful and so needed” and that Lizzo gets an award as a “great woman of our time.”

“I was so impressed and so touched that you put that together and pulled it off,” she said. Read the full message below:

Lizzo won “The People’s Champion” award at the recent ceremony, and during her acceptance speech she graciously said she wasn’t even sure if she was going to accept the award, but then she realized she could do some good.

“Being an icon is what you do with that platform,” she said. She then brought out a number of activists and “people I think deserve” to be recognized.

“The power will always be to the people,” Lizzo said at the end of her speech.

A lot of people agreed with Nicks’ comments. “Such beautiful words FROM an amazing woman TO another amazing woman. This is how women should build each other up. Love to see this,” someone responded.

“This!!! Women lifting up women! Celebrating beauty and talent! I’m hopeful that our daughters and daughters (and sons and grandson) see this and feel beautiful and in-powered!!” someone else said.

Could this mean a Lizzo/Stevie Nicks collaboration is on the way? One can dream! We’ll keep you posted on this one.