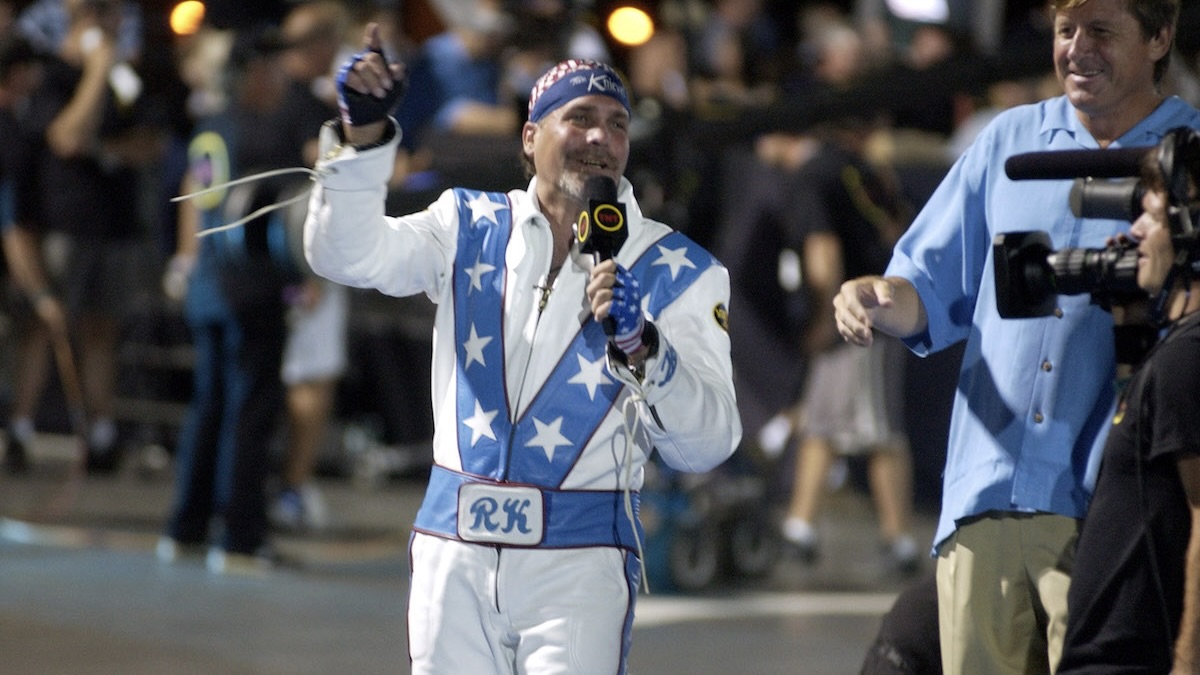 Theo Wargo/WireImage for Turner/Getty
Review of:

Robbie Knievel, the son of legendary daredevil Evel Knievel, has passed away at 60 following a battle with pancreatic cancer. Knievel passed away in palliative hospice care in Reno, Nevada, surrounded by his family. Robbie followed his father’s footsteps to become a celebrated motorcycle stuntman, completing over 350 jumps and setting 20 world records.

Knievel jumped his first bike at the young age of four and began performing with his father at age eight. Evel became the world’s most recognized daredevil in the world during the peak of his fame in the 1970s and soon found a performing partner and protege in his youngest son. Evel would retire in 1981. In 1989 Robbie would go on to successfully jump the fountain at Caesar’s Palace in Las Vegas, a feat his father had attempted but failed in 1967.

Some of Robbie’s most notable jumps included the 228 feet Grand Canyon Jump, the 231 feet 30 Limousine Jump, and The USS Intrepid jump during which Knievel jumped his motorcycle over five military airplanes on the deck of the aircraft carrier USS Intrepid at the  Intrepid Sea, Air & Space Museum.

Knievel starred in A&E’s Knievel’s Wild Ride in 2005. The show offered behind-the-scenes reality footage of Knievel and his crew as they prepared for his jumps.

Knievel is survived by his brother and two sisters as well as his daughters Krysten and Karmen and grandchildren Analise and Kane.