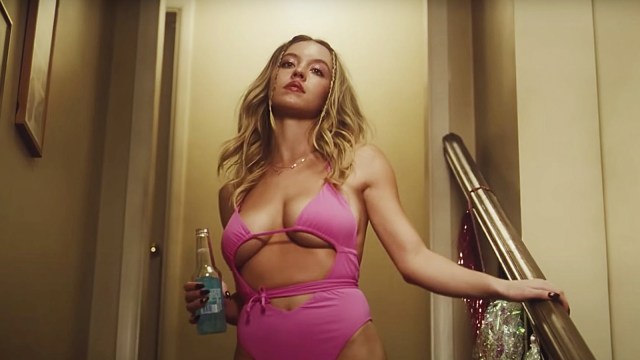 Sydney Sweeney has made a striking entry on the red carpet at the 2022 Emmys as the race heats up for Euphoria.

In a white, floral-patterned night gown, Sweeney stunned as she so often does, giving her stans some food for thought. Since making her breakout appearance in Euphoria alongside Spider-Man star Zendaya, she’s moved onto to some big roles including her own Spider-Man spin-off.

Sweeney was recently in controversy after attending a family birthday celebration which unearthed her family’s curious political leanings. Make America Great Again hats and “thin blue line” shirts were seen worn by members of her extended family. Sweeney called the comments made “bad assumptions,” but the internet had thoughts on that.

The actress will soon be headlining the Sony Spider-Man spin-off Madame Web, with her joining a cast featuring the likes of Dakota Johnson, who plays the titular Madame Web in the film, Emma Roberts, and Zosia Mamet. Little is known of Sweeney’s role so far, but speculation posits she will be playing Spider-Man “rogue” Charlotte Witter who becomes an antihero version of Spider-Woman.

Sweeney will undoubtedly return as Cassie in Euphoria’s next season which is not due until 2024 at earliest. Barbie Ferreira recently confirmed she’d be leaving the cast of the series, leaving fans on edge about her former co-stars.