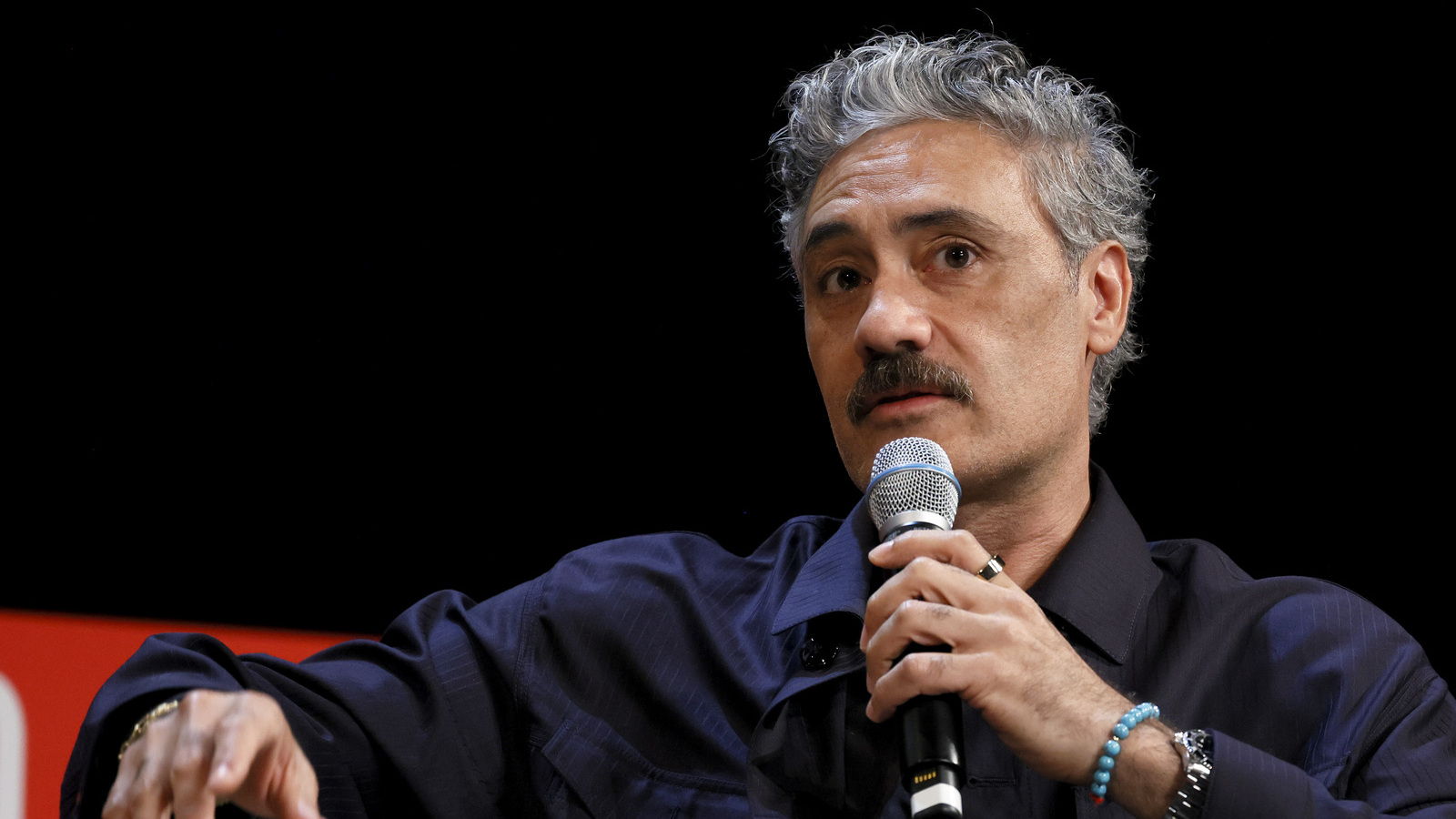 Taika Waititi‘s Thor: Love and Thunder is set to storm into cinemas next month, but it seems the New Zealand actor and filmmaker isn’t ready to shout from the skies about his own love life just yet. While promoting his latest acting gig in Pixar’s Toy Story spinoff Lightyear, Waititi brought an interview to an untimely end after being questioned on his alleged engagement to partner Rita Ora.

The Oscar winner appeared on British daytime talk show This Morning via video link to chat about Lightyear alongside Buzz himself Chris Evans. The bulk of the interview went well, with Waititi being his usual light-hearted self. However, the atmosphere turned awkward right at the end of the talk, when co-host Phillip Schofield attempted to ask the Kiwi director about those tabloid rumors claiming that he and Ora are ready to tie the knot.

“So we’ve congratulated Chris on his birthday,” Schofield began, referencing how Evans celebrates his big day this June 13. “So, Taika, are their wedding bells…?” he continued, before Waititi immediately started talking over him. “You can congratulate me! It’s in August,” he quipped. Schofield then tried again with his question, but Waititi pretended his earpiece wasn’t working. “Oh, you’re breaking up,” he lied, before removing his earpiece and giving a cheeky thumbs-up at the camera. You can catch the full interview below. Waititi’s antics begin at the 10:00 time stamp.

Waititi’s reluctance to talk about the status of his relationship with his singer/actress girlfriend make sense, given what we know about how the pair got engaged. According to The Sun’s intel, there was “no ring or big buildup” to the occasion, as the couple wanted to keep it low-key. As the tabloid’s source put it, “They just got close and closer and eventually said to each other almost simultaneously, “I want to marry you.” Similarly, neither party has yet to publicly confirm their engagement.

Away from his personal life, Taika Waititi is as busy as ever professionally. On top of Lightyear and Thor: Love and Thunder, his HBO sitcom Our Flag Means Death just got a second season, and he’s currently busy developing a Star Wars movie for Lucasfilm, while sports comedy film Next Goal Wins is also coming later this year.