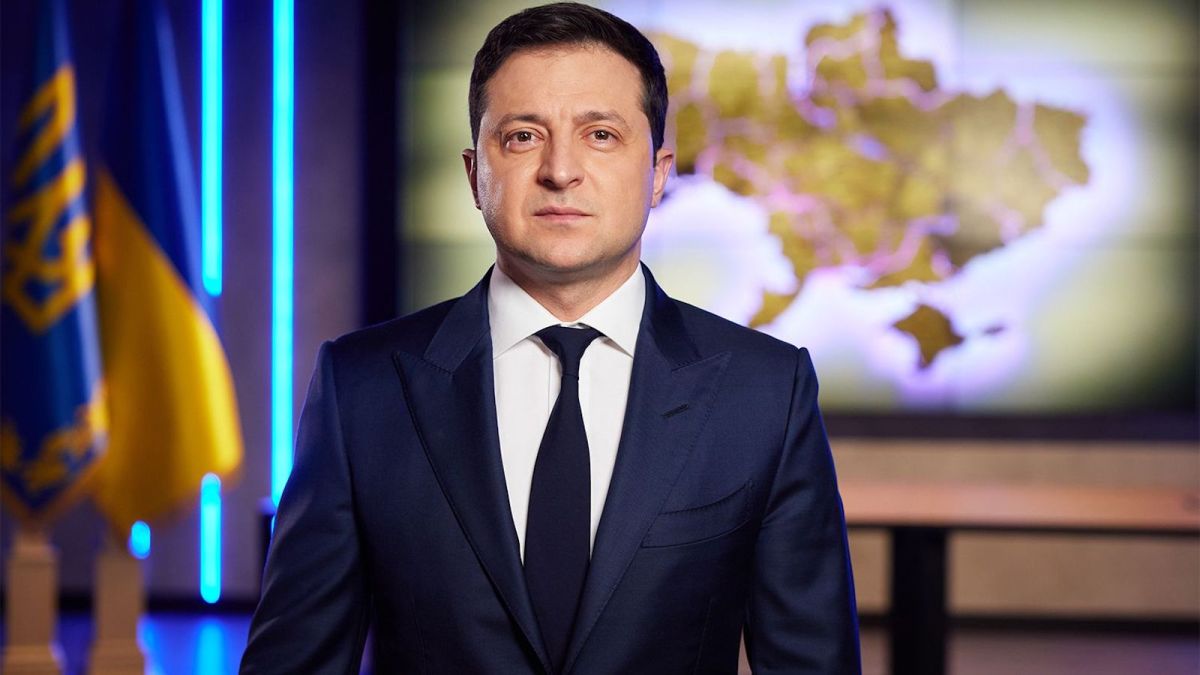 An incredibly influential and important person that has recently drawn the attention of the world is Volodymyr Zelenskyy, the current president of Ukraine. However, he has not always worked in the political field. Prior to his entry into politics, he was an actor, comedian, producer, screenwriter, and even director. He founded the production company, Kvartal 95, which produces films, television shows, cartoons, and much more.  When not producing, he was in front of the camera himself. Here are the 10 best Volodymyr Zelenskyy movies and television shows, ranked.

Trying to find love is one thing, but in these days, it’s even harder when people are seemingly looking for something else. In this movie, Zelenskyy plays Igor, one of three Russian expatriates who is living in New York City. He is enjoying his life the most. Later on, he, unfortunately, is cursed by Saint Valentine to the point where he cannot enjoy any other romantic activities with a woman until he actually falls in love with them for themselves.

In this comedy film, Zelenskyy plays Nikita, the owner of a successful veterinarian clinic. He is incorrectly told that he has a serious illness, making him evaluate everything in his life. He then tries to find a man that is worthy of succeeding him in his life — taking over the business, taking care of his family, everything. However, Nikita soon finds out that he is not actually sick, but everyone around him loves the man he replaced himself with. Nikita must get everything back that is his.

A comedic twist on one of history’s most notorious people, Zelenskyy plays Napoleon, the French ruler who had a stranglehold on Europe. In the movie, Lieutenant Rzhevskiy, is sent by some Russian military members to kill the famed leader. The comedy film shares the story of the escapades that ensue as a result of the mission.

Another classic comedic take on an old tale, Zelenskyy plays D’Artagnan, with a surprising twist in it. D’Artagnan wants to rush to Paris so that he can be part of de Treville’s (Armen Dzhigarkhanyan) reign, along with King Louis XIII (Yuriy Stoyanov). However, when he gets to Paris, he comes to find out that all of the musketeers there are female, making him an outlier. This movie marked one of the first times fans saw Zelenskyy on screen.

The movie that translates to Love Affair at Work. Nowadays, according to Google Translate, Zelenskyy plays Novoseltsev, a financial analyst who is a single father of two. He meets Liudmila Kalugina, a successful CEO and businesswoman. While she may be smart and wealthy, she is not particularly liked by those around her. She also does not seem to care much about dating or anything outside of work. Novoseltsev has plans to change that and help her see what she has been missing out on.

The movie that was filmed and released before The Best 8 Dates, Zelenskyy is Nikita, but this time, fans get to learn how he becomes the family man that was seen in the sequel. It was not a conventional way, as he is surprised to wake up next to a woman one day. After talking about it, they part ways and wish each other all the best, thinking that it will be the last time they ever see each other. That is not the case, as the night they meet repeats (a la Groundhog Day) until they fall for each other and see that they are meant to be.

One of the most influential and telling shows about his future, Zelenskyy is the narrator of a television series that centers around politicians. The catch is that they are animated and in a fictional Fairytale Land. The worldwide political figure must come together as heroes and solve problems in a kind and caring way, to keep Fairytale Land safe. The fact that Zelenskyy became such an important political figure after this is ironic. He narrated this series for 157 episodes.

Working as both a writer and a director for this film, Zelenskyy is Maksym Tkachenko, who mutually decides with his wife, Yana Tkachenko (Anastasiya Korotkaya) to get a divorce. However, this does not go as planned, as Ukraine allows a month for an attempt to reconcile before officially filing for divorce. The pair must look back on the 10 years that they were married (and even longer that they were together) to explore if they can actually work through what’s going on.

Zelenskyy must have looked into a crystal ball to see his future as he played Vasyl Petrovych Holoborodko, a teacher who runs for the presidency of Ukraine, and wins. The movie follows Zelenskyy as he proposes reforms for Ukraine to get a loan from the International Monetary Fund, which is rejected. His character must deal with all of the corruption in getting this loan to help his people. He gets the agreement he sought, but does not want it after the ground that it was created on.

The high school principal that was elected president of Ukraine, Zelenskyy was sick and tired of the corruption that was taking place and decided to make a change. He ran for president and won. The show follows him around and depicts him adjusting to his new position of power, while centering on one specific deal he wants to make. Ironically enough, when Zelenskyy actually won the presidency of Ukraine, his role in this series and film was given much credit as a reason for his election.