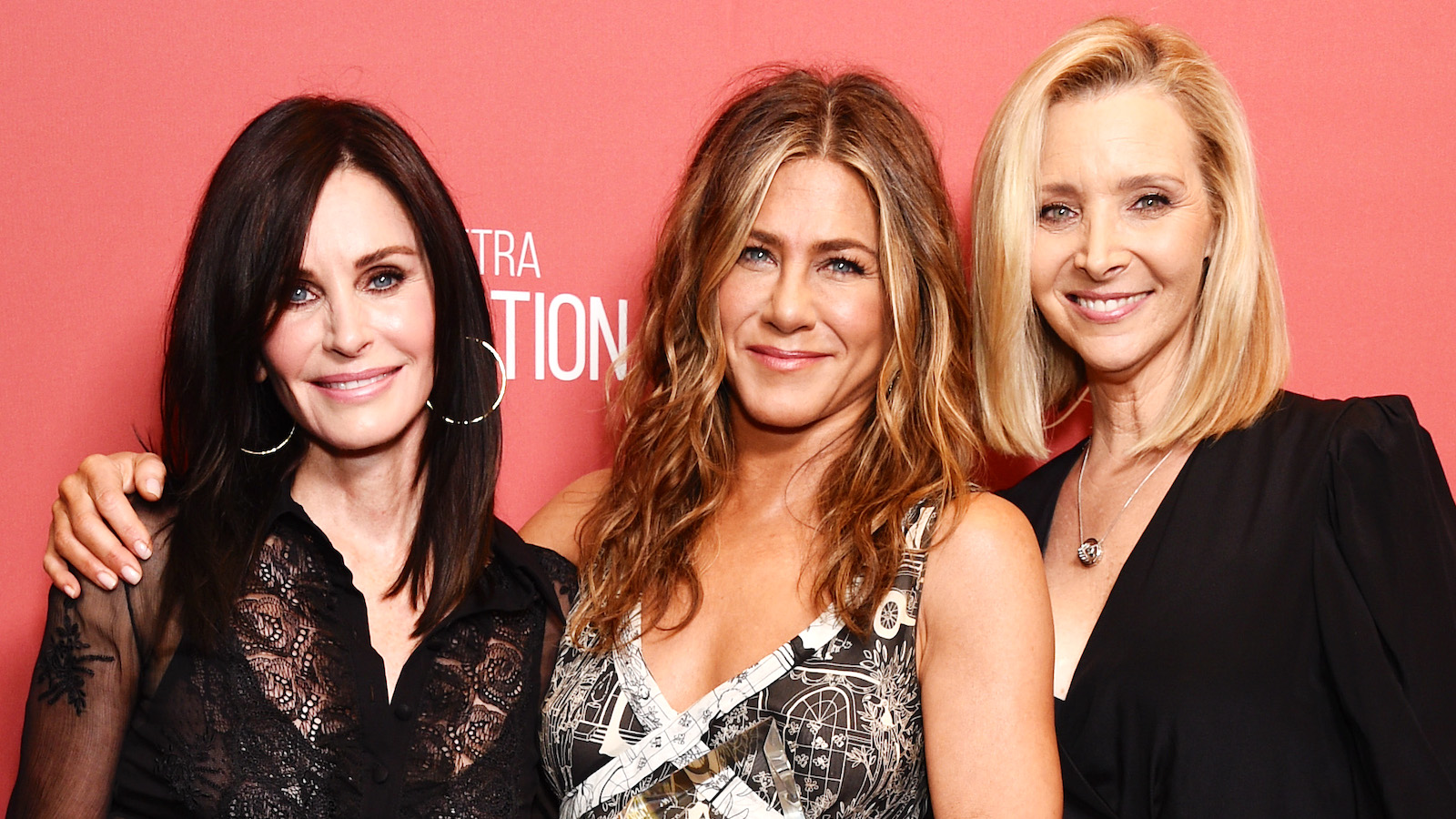 If there’s one thing we know about television, it’s that the more famous you are, the more money you make. Legacy shows like Friends, Seinfeld and The Big Bang Theory are still huge household names that draw millions in ad dollars to this day.

In addition to the shows, the actors who star in them see hefty paydays as well, with some stars earning up to $2 million per episode. Additionally, ongoing streaming wars mean that services like Apple TV Plus and Netflix will pay top dollar for top talent, even for just a limited series.

So who are the highest paid TV actors of all time? Let’s find out.

The highest paid TV actors of all time happen to be on the same show. Both Jennifer Aniston and Reese Witherspoon earned $2 million per episode for the Apple TV Plus show The Morning Show, which debuted in 2019. The hit show is one that fans of Aniston in particular enjoy, and the chemistry between the two leading ladies is palpable and potent. Of course, it costs money to hire talent at that level.

The high salaries even brought about some backlash, which Witherspoon addressed in an article for The Hollywood Reporter, quipping that NBA players make as much money and no one raises a finger.

“There seemed to be a resentment as if we weren’t worth it or it was bothersome, and I thought, ‘Why is that bothersome?’ … I guarantee these companies are real smart, and if they agree to pay us, they’re doing it for a reason. They probably had a lot of lawyers and a lot of business people decide on that number because they knew that they were going to make more than that back.”

Charlie Sheen – $1.8 million per episode of Two and a Half Men

There was a time long ago, before the COVID-19 pandemic, when Charlie Sheen was the most famous man on the planet. In the late 2000s, he was acting all kinds of strange and claiming that his blood was made from tigers. This flash of late career fame (which eventually crumbled) allowed Sheen to command one of the highest salaries for a TV actor ever. He made an astonishing $1.8 million per episode of Two and a Half Men from 2010 to 2011. Adjusted for today, that’s $2.2 million.

In its prime, the show was pulling in 14 million viewers an episode. When he was eventually fired for a number of reasons, including a fight with creator Chuck Lorre, Sheen gave a rambling and fairly incoherent statement to TMZ about the end of an era.

“This is very good news. They continue to be in breach, like so many whales. It is a big day of gladness at the Sober Valley Lodge because now I can take all of the bazillions, never have to look at [them] again and I never have to put on those silly shirts for as long as this warlock exists in the terrestrial dimension.”

Ray Romano – $1.725 million per episode of Everybody Loves Raymond

From the glorious years of 1996 to 2005, Everybody Loves Raymond was one of the hottest sitcoms around. Centering around its title character and his frustrations with everyone and everything, the show netted its star $1.7 million an episode from 2003 to 2005.

Adjusted for today, that’s an astonishing $2.4 million per episode, a testament to how much America loves goofy sitcom dads and Ray Romano in general. Part of the reason why the show was so successful is that it didn’t really push any boundaries. It was safe and fairly honest about what it was. No one ever accused it of being the best show on TV, but it also never needed to be.

Apparently, when the idea of a family sitcom was pitched to him, Romano thought it would be better if he did something more similar to Seinfeld. In the book You’re Lucky You’re Funny: How Life Becomes a Sitcom, creator Phil Rosenthal revealed that Romano didn’t think he was interesting enough for a family show.

“He wanted to do more of a Seinfeld type show … he and his friends sitting in the diner, talking and making jokes. But in 1995, there was a lot of that kind of thing already on the air. Larry David and his writers and cast on Seinfeld did what they did brilliantly. I always thought that the only thing wrong with Seinfeld was all the shows that were trying to imitate it.”

Cheers is an all-time beloved sitcom, so it’s no surprise that the spinoff Frasier was just as popular and made its star buckets of cash over the years. The show premiered in 1993 and aired its final episode in 2004. For those final two years, star Kelsey Grammer made about $1.6 million an episode. With 22 episodes a season, that’s a lot of zeros. Adjusted for inflation, that’s almost $3 million an episode.

Fans of the show were happy to hear that a reboot was in the works over at the streaming service Paramount Plus. No release date for the new show has been announced just yet.

Chris Pratt – $1.4 million per episode of The Terminal List

This one almost seems unfair. Chris Pratt, the movie star and voice of both Mario and Garfield is also one of the highest-paid TV actors of all time. Star Lord himself was paid $1.4 million per episode of the show The Terminal List. Adjusted for inflation, that’s still $1.4 million, as it happened this year and the show still isn’t out yet. It’s set to debut on Amazon Prime Video on July 1.

The show, based on a novel by Jack Carr, follows the adventures of Navy SEAL James Reece and his platoon as they’re ambushed during a dangerous mission, as well as Reece’s subsequent return home.

Back when Home Improvement was the biggest sitcom around, you couldn’t go anywhere without hearing Tim Allen’s signature grunt. The show, which aired from 1991 to 1999, also starred Pamela Anderson for two seasons and helped launch her TV career. At its peak during its third season, the show was pulling in upwards of 35 million people an episode. During the last season, Allen made $1.25 million an episode. Adjusted for inflation that’s a whopping $2 million. Not bad for a character who constantly electrocutes himself.

Allen’s done a number of other sitcoms over the years, but none have quite had the same cache as Home Improvement. While there’s no news of a reboot or reunion yet, those numbers were pretty good, so it wouldn’t be surprising.

While no one is surprised to find Jerry Seinfeld on this list, it’s perhaps a little surprising he isn’t higher up on it considering that Seinfeld is basically on somewhere in the world at all times. If this was a list of people who were rich from syndication and streaming deals, he would likely be at the very top. Still, Seinfeld got $1 million an episode for the final season of his popular show about nothing, which ran from 1989 to 1998.

Adjusting for inflation, that puts his earnings at $1.6 million, which is not bad for a show often considered the greatest sitcom of all time. Seinfeld also found success later in life with the fun interview show Comedians in Cars Getting Coffee.

In an interview with Extra right before the show appeared on Netflix, Seinfeld revealed one of his favorite moments from the show.

“I do really like when Kramer was trying to find Elaine’s medical records and she goes to the hospital and he says, ‘I’m Dr. Van Nostrand from the institute,’ and the receptionist says, ‘What institute?’ and he goes, ‘That’s right.’ That’s one of those jokes that’s so simple and so funny.”

Are we sensing a pattern here? The last season of a show, if it’s popular, will make its stars very rich people. Mad About You, a sitcom starring Paul Reiser and Helen Hunt, is no exception. Both of the show’s leads were paid $1 million per episode for the show’s final season in 1999. It was on the air for a total of seven years, not counting a revival in 2019 that ran for 12 episodes.

The comedy revolved around newlyweds Paul Buchman, a documentary filmmaker played by Reiser, and Jamie Stemple Buchman, a public relations professional played by Hunt. In a recent interview with Brief Take, Reiser said it was the show’s pursuit of relatability that made it so popular.

The cast of Friends – $1 million per episode

When we look back on TV in the ’90s, everyone wants to talk about Seinfeld, but it’s easy to forget that there was another behemoth that dominated the pop culture dialogue: Friends. The hit comedy ran for 10 seasons from 1994 to 2004 and starred Matt LeBlanc, Lisa Kudrow, David Schwimmer, Jennifer Aniston, Matthew Perry and Courteney Cox as six twenty-somethings who loved hanging out in a coffee shop.

They were so popular that they asked for (and got!) $1 million ($1.4 million when adjusted for inflation) per episode for seasons nine and 10. Add to that syndication deals and you have six people who never have to worry about money ever again.

The cast is so popular that they were asked to reunite for an HBO Max special to help launch the now very popular service. They were reportedly paid upwards of $2 million each for the job.

James Gandolfini – $1 million per episode of The Sopranos

The Sopranos is one of the most legendary shows from a time widely considered the Golden Age of Television. It ran for six seasons from 1999 to 2007 and followed the work and family life of Tony Soprano, leader of the Soprano crime family. The show was a huge hit and pushed the boundary of what TV could be in the early 2000s. It also made a huge star of its main character, played by James Gandolfini.

The star knew he was valuable and negotiated a salary of (you guessed it) $1 million an episode for that final season of the show. Adjusted for inflation, that would net him just over $1.3 million an episode. Unfortunately, Gandolfini passed away in 2013, dashing the hopes of millions that he’d return to the legendary role of Tony one day.