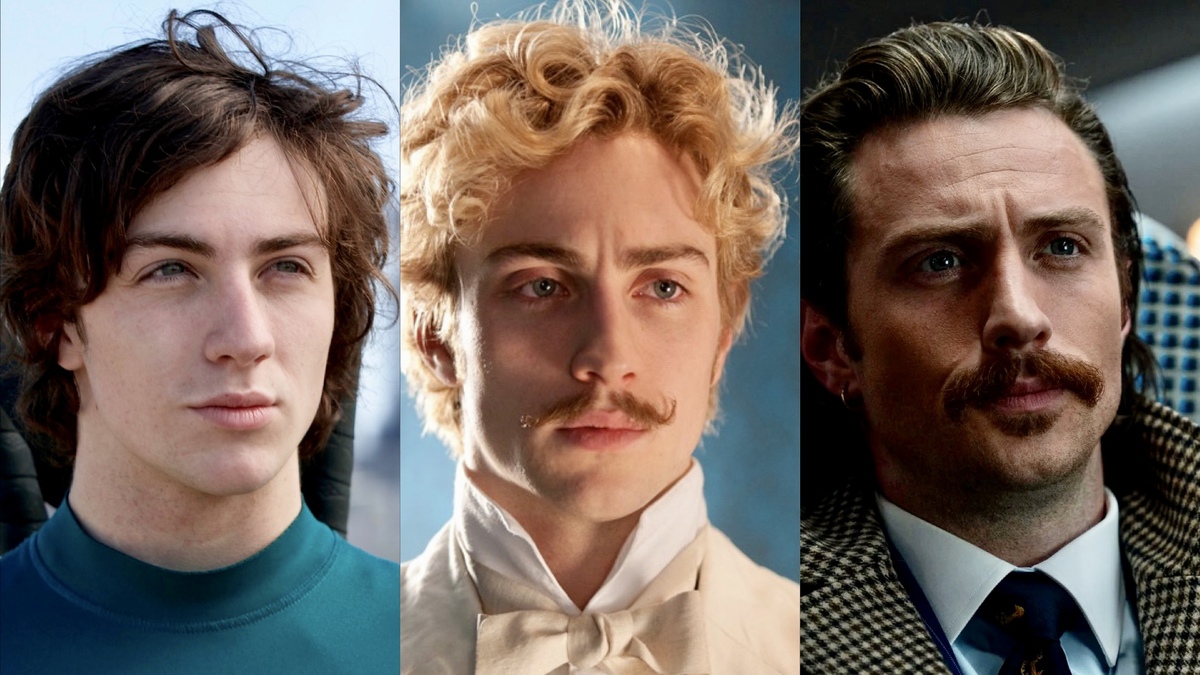 Aaron Taylor-Johnson has portrayed a host of characters as an actor, from superheroes, to a psychopathic gangster, and even a ruthless-yet-suave assassin. Kicking off the 2020s with roles in Tenet and The King’s Man, he made an even bigger mark with fans by starring in David Leitch’s 2022 action-comedy Bullet Train, which became one of the year’s fan-favorite offerings. He’s even rumored to be the front-runner as the next James Bond. In what will be his largest and most daring role so far, Taylor-Johnson is set to bring to life the comic book antagonist Kraven the Hunter in the Spider-Man villain’s solo film, which is set for an October 2023 release.

The actor began his career in his native England when he was 10, and since then, has built a strong catalog of film appearances that include cult classics and major blockbusters. Here are his 10 best films so far.

As far back as 2008, Taylor-Johnson was lauded for his gripping turn in the emotional drama, Dummy. When two brothers are hit with the unfortunate death of their mother, they find different ways to cope. The older brother, Danny (Thomas Grant), goes the destructive route, indulging in drugs, while little brother Jack (Taylor-Johnson) takes an odd approach to his grief, dressing up a mannequin as his mother. While responses to the film were mixed, Dummy was carried by the acting talents of Taylor-Johnson and Grant. The British film may have slipped under the radar in recent years, but Dummy remains a masterful showcase of the actor’s on-screen presence.

Outlaw King is a David Mackenzie-directed 2018 historical drama chronicling Robert the Bruce’s life during the Scottish Wars of Independence. Taylor-Johnson portrayed James Douglas and was joined by an ensemble cast led by Chris Pine as Robert the Bruce. Outlaw King was praised for its performances, but its many historical inaccuracies drew criticism. Florence Pugh, Billy Howle, Sam Spruell, and Tony Curran also star.

Anna Karenina features Kiera Knightley in the title role as an aristocrat in 19th century St. Petersburg, Russia, who begins an affair with Count Alexei Vronsky, played by Taylor-Johnson. The on-screen chemistry between both actors was a major highlight in the film and was lauded by viewers and critics alike. Anna Karenina earned numerous awards and nominations, particularly for its costume and production design.

Taylor-Johnson was the poster boy for the reboot of the iconic Godzilla, and the 2014 monster film proved a commercial success. He starred as Ford Brody, a lieutenant in the United States Navy caught in the crossfires of a monstrous rampage. Also featuring Ken Watanabe, Elizabeth Olsen, Bryan Cranston, Sally Hawkins, and David Straithairn, Taylor-Johnson underwent training to portray a believable member of the military.

In what is considered his breakout role, Taylor-Johnson portrayed legendary musician John Lennon in this dramatic biopic. Based on the biography written by Lennon’s half-sister, the story follows a teenage Lennon between 1955 and 1960, chronicling his familial relationships and his journey to create a band that would later become The Beatles. A then-19 year old Taylor-Johnson received positive reviews from critics, setting him up for more impressive roles along the way.

Bullet Train may have been a hit or miss with critics, but audience reception has been largely positive. The ensemble action-comedy was a commercial success, earning over $230 million at the box office against a budget of $90 million. Directed by David Leitch and based on the novel Maria Beetle by Kōtarō Isaka, Bullet Train follows an assassin nicknamed Ladybug, played by Brad Pitt, who must complete one last mission before his retirement. Charged with taking down other assassins on a bullet train in Tokyo, a hoard of deadly foes stand in his way. Taylor-Johnson takes on the role of Tangerine, who, along with his brother, Lemon, are British killers for hire.

Angus, Thongs and Perfect Snogging is a British teen romantic comedy that follows a young girl named Georgia Nicholson who navigates teen life and love while preparing to finally turn 15. The charming film has gained a cult following over the years. While distinctly British, it has crossed over into American media.

In the performance that earned him a Golden Globe Award for Best Supporting Actor, Taylor-Johnson expertly brings the character of the cold-blooded gang leader Ray Marcus to life. The psychological thriller, directed by filmmaker and fashion designer Tom Ford, follows the owner of an art gallery who begins to notice similarities between her ex-husband’s novel and her past relationship with him. Praised for the stellar performances of the entire ensemble cast, which includes Amy Adams, Jake Gyllenhaal, Michael Shannon, Laura Linney, Isla Fisher, and more, Nocturnal Animals won the Grand Jury Prize at the Venice International Film Festival.

Based on the comic book of the same name, Kick-Ass details Dave Lizewski’s journey from ordinary teenager to superhero. Unfortunately for Dave, he has no powers, but an opportunity to protect presents itself when he is roped into a former cop’s plans to take down a mob boss. The film, which has gained a large cult following, was lauded by critics and scored well among fans, but there was some controversy surrounding child profanity and violence. Other notable stars in the film include Chloë Grace Moretz, Mark Strong, Evan Peters, Christopher Mintz-Plasse, and Nicolas Cage.

The billion-dollar grossing sequel to 2012’s The Avengers might not be the most critically acclaimed body of work in Taylor-Johnson’s filmography, but it’s undeniably the most popular and commercially successful. After a brief post-credits tease in Captain America: The Winter Soldier, he brought an emotionally gripping Pietro Maximoff to the forefront, gaining a slew of new fans with his performance. The role of Quicksilver has been met with some criticism from Marvel fans, who insist the character was not properly utilized in the franchise. While this version is gone, perhaps there’s still a chance Taylor-Johnson will appear in the MCU again. If not, we’ll still catch him as a superhero when Kraven the Hunter is released in October.