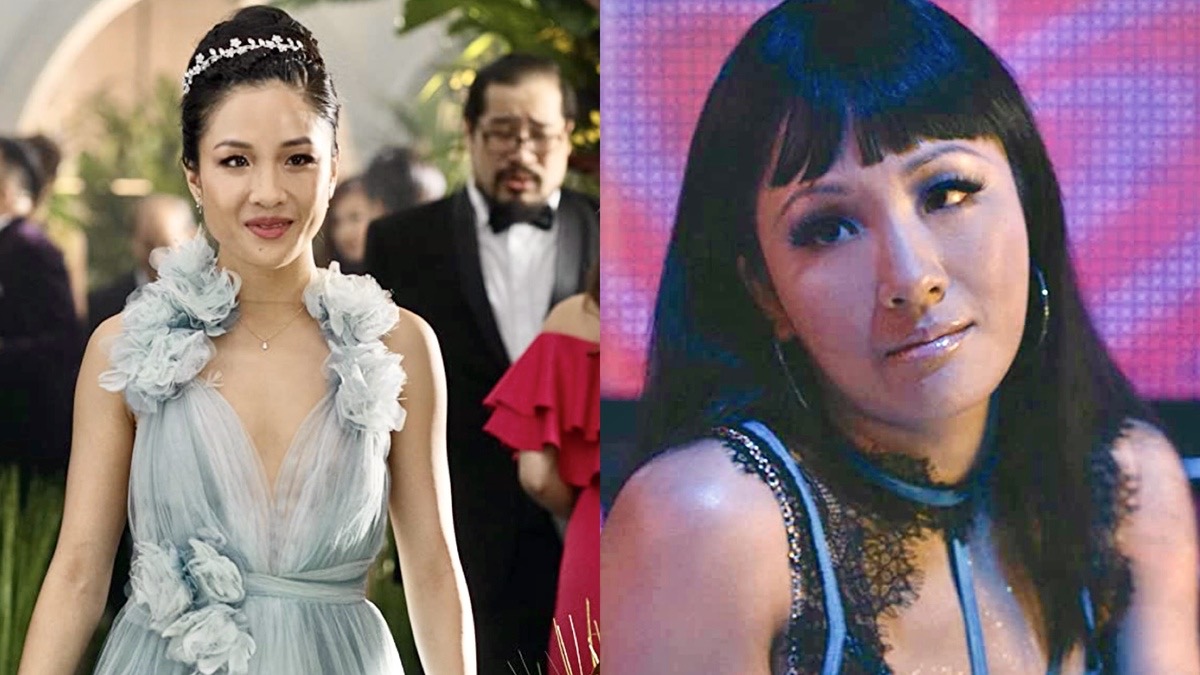 Even after making what many might consider a late breakthrough into the industry, Constance Wu has quickly grown to become one of the most famous and accomplished faces on TV right now. The 40-year-old got her breakthrough in Fresh Off The Boat playing Jessica Huang, a pragmatic, stern, and highly competitive woman who believes in tough love. Her role in the sitcom helped put some of her best-acting attributes on display, which ultimately earned her several plaudits and nominations.

After college, Wu briefly considered switching career paths, but she decided against it and instead moved to Los Angeles to pursue an acting career. Now, she boasts an ever-increasing filmography and nominations and awards from some of the most prestigious film bodies. Here, we’ve put together a comprehensive list of her 10 best movies, ranked from least to best.

The Feels is a Jenée LaMarque-directed 2017 comedy film that follows a group of friends whose lesbian bachelorette weekend goes wrong when one of the brides admits she’s never had an orgasm. Wu here plays Andi, partner to Lu who admits to having never orgasmed.

The film follows Ronan and Beatrix, two of the main characters, as they’re thrust into different alternate plant Earth after they enter a shifty empty building covered in graffiti in an attempt to find their missing father. Here, Wu is Polly, a traveler between worlds who assists Ronan and Beatrix in their search.

This dark comedy web series that was created by filmmaker Kit Williamson follows the whirlwind relationships of Thom and Cal and also that of Kathy and Ian. Wu plays Kathy, Cal’s best friend who’s going through the motions because of a six-month-old relationship, which happens to be the longest she’s ever been in.

Mainly based on the online manhua 7723 by Wang Nima, Next Gen is a 2018 computer-animated science fiction that was directed by Kevin R. Adams and Joe Ksander. The animation focuses on Mai, a young lonely girl who strikes up a friendship with a top-secret robot and her life takes a turn from mundane, to a thrilling adventure that involves taking on bullies, evil bots, and a scheming madman.

Wu proves her versatility as an actress here, brilliantly voicing Molly, Mai’s mum. Other voice actors like Charlyne Yi, John Krasinski, David Cross, Jason Sudeikis, and others join her in this must-watch movie.

Wish Dragon is an animated fantasy comedy written and directed by Chris Appelhans. This animation is one of the other few animations where Wu takes on a voicing role, and she does so excellently. Here, she voices Mrs. Song, mother to the main character Din, a working-class college student from Shanghai who dreams to reunite with his childhood friend Li Na who moved away from his neighborhood ten years ago.

5. Watching TV with the Red Chinese

Watching TV with the Red Chinese is a Shimon Dotan-directed 2012 independent drama about a trio of Chinese exchange students who arrive in New York in 1980 yearning for the many things the big city has to offer. The students quickly make friends with their neighbor Dexter, a literature teacher, and his girlfriend Suzanne who try to help them settle in America.

4. Sound Of My Voice

This 2011 psychological thriller and Zal Batmanglij’s directorial debut centers on a California couple Peter and Lorna, who set out to make a documentary meant to expose a charismatic cult leader named Maggie as a sham. Maggie claims to be a time traveler from the year 2054 and she’s seemingly allergic to almost everything in her environment. However, as Lorna and Peter further in their quest to expose Maggie, they begin to waver between skepticism and belief.

3. Fresh Off The Boat

This FOX original — which is loosely based on the life of Eddie Huang, a popular chef and food personality, and his 2013 autobiography of the same name — is a sitcom created by Nahnatchka Khan. The series generally revolves around the Huangs, a relatively large family who relocates from Chinatown of Washington, D.C. to Orlando, Florida to open a cowboy-themed steakhouse.

Wu here plays Jessica Huang, the matriarch character that earned the actress her big breakthrough in the industry. For her role on this show, she’s received a couple of nominations for the Critics’ Choice Television Award.

In 2015, New York Magazine published an article titled The Hustlers at Scores. This in-depth article profiled ex-strippers who stole from rich men. A couple of years later, Lorene Scafaria wrote and directed a film based on the aforementioned article. The crime comedy features star names like Jennifer Lopez, Julia Stiles, Keke Palmer, Constance Wu, and Cardi B.

In this film,  the strippers steal money from high-profile stock traders and CEOs by drugging them when they visit their clubs and then running up their credit cards. Wu here plays Destiny, one of the many strippers who is involved in this dangerous and elaborate scheme, and she earned widespread praise for her performance.

Arguably the most popular movie Wu has starred in to date, this Jon M. Chu-directed romantic comedy-drama sees Wu as an economics professor at New York University who travels all the way to Singapore with her boyfriend and is amazed to find out just how wealthy her partner and his family is.

Aside from Wu’s excellent performance (which earned her a Golden Globe nomination), there’s so much more to admire about this movie: the chemistry Wu shares with Henry Golding (who plays Nick Young, her boyfriend), the incredible set designs, and the astounding display of affluence. Crazy Rich Asians was a commercial and critical success and became the highest-grossing romantic comedy of the 2010s