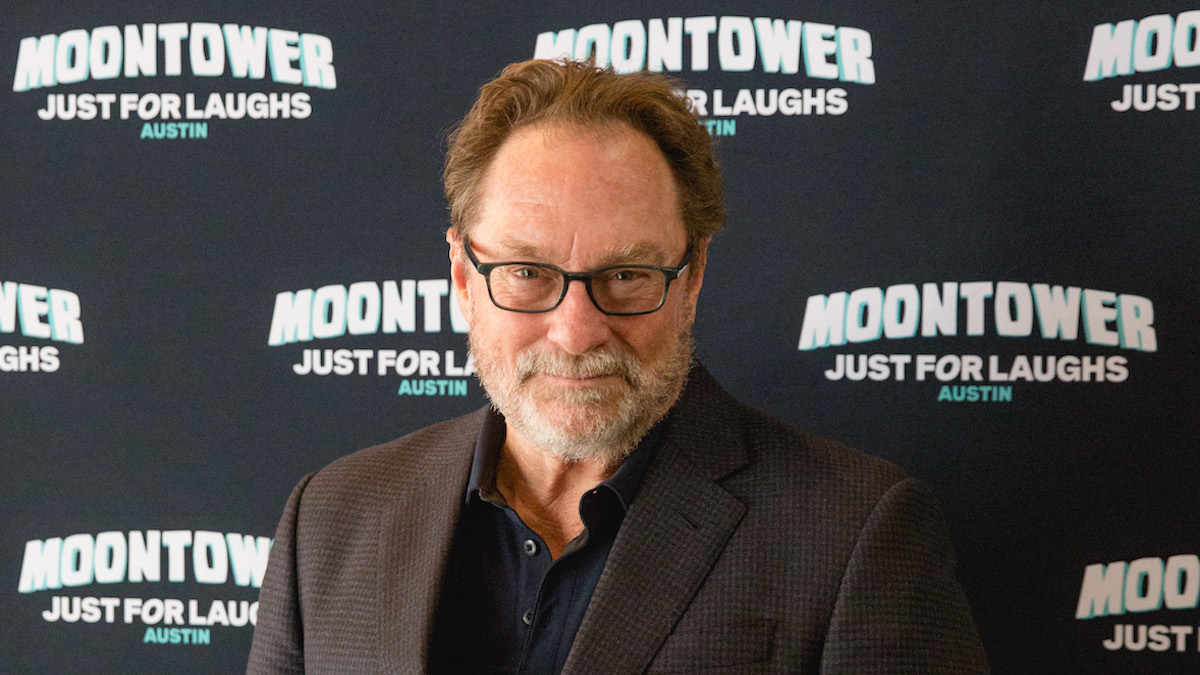 You might not know him but you know him. Stephen Root is one of our most beloved and versatile character actors and he’s been in so many big movies and shows over the decades it’s hard to keep count.

Whether he was playing the bumbly Milton who wants his stapler in Office Space, the sad but funny guy in Dodgeball or Monroe Funches in Barry (a role that got him nominated for an Emmy), Root has had an illustrious and lengthy career in show business.

Root was born in Sarasota, Florida in 1951 and attended the University of Florida where he pursued a BFA in acting. He left for Broadway in his last semester but eventually finished it when he went back to get his degree. His first film role was in 1988 as a DEA agent in the hit film Crocodile Dundee II.

From there he appeared in Monkey Shines and 1990’s Ghost with Demi Moore and Patrick Swayze. His career hit an early high note for playing a billionaire named Jimmy James on the early ’90s sitcom NewsRadio, and he’s also known for playing Republican campaign consultant in The West Wing.

Here are his best roles over a career that spans five decades.

10. Arthur in The Empty Man

The Empty Man is one of Stephen Root’s more dramatic roles in a sea of comedic relief throughout his career. It’s a supernatural horror film about a cop who comes face to face with a secret cult while investigating the disappearance of a missing girl.

The film was shot in the United States, South Africa and France in 2017. It’s also had a pretty weird journey as a film. Distributor 20th Century Fox gave up on marketing the film because the company lost faith that it was going to make any money – which came true when it made $4.8 million on a $16 million budget.

However, once it came out people actually liked it and it’s been quite successful on streaming and home viewing. Root plays an enigmatic cult leader whose philosophical musings simultaneously sound like BS and some deep truth at the same time. Here’s a sample of some of his dialogue:

“To say that you are wrong or I am right is to divide us; therefore we deny there is such a thing as right or wrong. These are exclusionary constructs designed to foster the illusion of separateness. There is no such thing as disunity.”

Bubbles is one of those characters that you don’t remember until someone mentions them and then all of a sudden you really remember. Root is the master of doing a lot with very little. Case in point: Bubbles, the fish from Finding Nemo who is obsessed with the bubbles that come out of the little treasure chest in the dentist’s fish tank.

He also reprised the role in the sequel Finding Dory with Ellen Degeneres and also the 2016 video game. In fact, the reason he got the role for the original was because director John Lasseter really liked his character in Office Space. Root explains:

Idiocracy was supposed to be a satire about the state of popular culture, and how it would dumb down our political system. It came out in 2006 and seems more and more prescient ever year as politicians seem to be more concerned with their brand or being famous than solving problems.

This movie takes that premise to its logical conclusion and it’s not pretty. In the film, Root plays Judge Hangman (hilarious) and employs an eerily accurate Southern accent. Root’s aware of the movie’s reach now and he even calls its story “prophecy,” but he said he had no idea the movie would be as popular as it is, just like Office Space.

“I think no more so than when we did Office Space. When we were doing Office Space, we considered it to be a really fun B comedy that you got to do with your friends. And Idiocracy was that in that sense as well. But it was, again, such a left turn that you wanted to be involved in it. And I wanted to be involved in anything Mike [Judge] wanted to do anyway. But did I feel like it was going to be prophetic? No. I thought it was a completely outrageous science fiction fun, and then it became reality. And it was shocking.”

Root played Eddie Fournier in True Blood. He debuted in the first season and his role was to supply vampire blood to Lafayette Reynolds, who he was smitten with and basically worshipped. He was actually killed off later in the first season but he shows up in flashbacks in the second and third seasons. He was even mentioned at the beginning of season four.

It was a small role but he brought an impressive amount of loneliness to the character that really added a dimension that might not have shown up if he wasn’t in the role.

This is again one of those roles where Root just finds the perfect balance of straight man and comic relief. He never pushes, never tries to take over a scene but he holds so much authority in his voice and actions that he’s completely believable.

In this episode of Seinfeld, bank tellers have to say hello or the customer gets $100. Of course, Kramer wants to take advantage of this so when someone slips up he’s all over it. The teller says he said “hey” instead of “hello” and it still counts, and Root resolves the issue in a memorable way.

His casual, laid back boss character is all the funnier for his subtlety, and the writing of course is top notch.

This is one of the more iconic Root roles, and one that got him a lot of mainstream attention. HIs character is a great balance of extroverted, bossy, eccentric and playful. He’s a billionaire who for some reason wants to micromanage a radio station.

His running gags in the show are always delightful and include his search for a wife (he has a list of candidates) and his animosity toward other billionaires of his era like Ted Turner and Bill Gates. His character was also well versed in conspiracy theories and even claimed to be Deep Throat at one point.

Though Root is a character actor he said he loves doing lead roles and really digging into a part for all it’s worth.

He doesn’t have a huge role in Dodgeball but it’s so memorable that it’s impossible to forget. In the movie, it’s his idea to form the team. In the pivotal scene in question, Root is the last player standing on the team and things aren’t looking great.

However, he channels an inner rage after seeing something that enrages him so much that he single handedly wins the game. It’s really funny and also really sad at the same time, which is Root’s specialty.

3. Buck Strickland and Bill Dauterive in King of the Hill

Root plays two iconic characters in the long-running animated show King of the Hill. Bill is one of the four main characters – a balding sad and lonely man who has a heart of gold. He also plays Buck Strickland, the owner of Strickland Propane and Hank Hill’s main antagonist.

The show ran for so long that there are too many good moments to single out, but Root is a horse on the show: reliable and performative when he needs to be.

When you ask someone who Root is, they’ll more often than not say they have no idea. When you tell them it’s Milton from Office Space, everyone immediately knows who you’re talking about. His soft-spoken character who doesn’t know how to stand up for himself properly is one for the ages.

It’s again so funny and so sad in a way that only Root can pull off. Root even says it’s his most well-known character. His thick glasses and love of his stapler somehow caught the zeitgeist and even Root can’t believe how popular things got. Everything about Milton just came out perfectly. Root told EW:

“[We] wanted him to be a guy who didn’t wash much. He wore the same tie everyday. It was completely stained. These are guys who live in their space, and don’t like to come out. He’s one of those guys.”

This is his current best-known role. It’s not necessarily a comedic one, but it’s a really interesting character arc that changes as the show progresses. A recent interview with The Hollywood Reporter shows just how much thought goes into the character.

“Funches is not a long-term thinker. I don’t think he’s planned shit. He thinks on his feet — and he’s not dumb. I mean, he’s managed to manipulate the police through seasons one and two. He’s managed to stay out of jail. He’s not a dumb person. What he is is completely stubborn in terms of what he wants. He wants what he wants, so he’s going to go get what he wants, come hell or high water. But I don’t think he plans specifically for stuff in the long-range, He’ll think of something and go, “Yeah, that’s good. Let’s do that.”