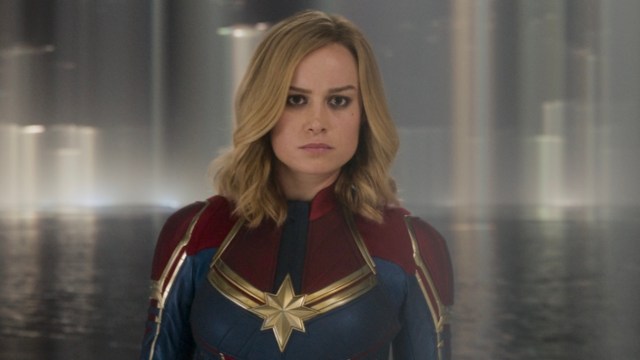 Brie Larson has been a somewhat polarizing figure in the Marvel Cinematic Universe ever since her debut in 2019 as Captain Marvel. Viewers watched Carol Danvers show up again in Avengers: Endgame, as well as her brief cameos in Shang Chi and the Legend of the Ten Rings and Ms. Marvel.

The future of Larson as the powerful hero after 2023’s The Marvels is pretty uncertain. In a now viral interview, the actress wasn’t exactly subtle at the fact that she’s got quite a few haters. Larson has been an excellent addition to the MCU. Even if she isn’t interested in furthering the role of Captain Marvel, the introduction of the Multiverse has opened the doors to many more characters being portrayed by the star.

Here are some other characters Larson could bring to life in other universes.

Squirrels might not seem so extraordinary on paper, but Doreen Green is a character that quickly changed that perception. The underrated superhero has gained a strong and dedicated following, fulfilling the desires of Will Murray, who wanted a more easygoing and lightsome hero. Her powers are canonically proportional to those of a squirrel in human size which makes her stronger, faster, and more agile than the average human. She can also talk to squirrels, and of course, has a huge prehensile tail. It would be fun to see Larson take on this role in the Multiverse, as Doreen is so different from Carol.

Magik is the younger sister of the mutant Colossus, though her story is drastically different from his. She was abducted at a young age and taken to the demonic dimension of Limbo. She learned the dark arts in the years she spent there, but upon returning to Earth, realized that only a few seconds had gone by. Illyana’s time in Limbo transformed her into a very powerful sorceress, and her mutant powers, including teleportation began to fully manifest. Magik is a powerful character whose motivations aren’t always black or white, and Larson has proven time and time again that she can portray strong women, human or otherwise.

Heather Douglas is one of the most powerful psychics in the Marvel Universe, a surprising feat considering she wasn’t born with her powers. She was adopted by Thanos’ father, Mentor, and under the tutelage of the monks of Titan, she was able to train her mind to achieve her telekinetic abilities. Going by the moniker, Moondragon, she is a strong and gritty character who is actually quite similar to Carol Danvers in a few ways, making her a great pick from the Multiverse for Brie Larson to play. Moondragon is most associated with the Guardians of the Galaxy but has occasionally teamed up with the Avengers and the Defenders.

Don’t let her fun name deceive you because Tabitha Smith is one of the strongest mutants on the X-Men roster. Tabitha can create balls of energy which she calls “time bombs.” The time bomb effects can range from a mild concussion to deadly force, making her a dangerous foe and a powerful heroine. While Carol Danvers is much more powerful, Tabitha’s powers are not so different from Captain Marvel’s, and Larson should be able to adapt to the role easily.

As Captain Marvel, Brie Larson played a hero who always fought on the side of justice. Taking on a role like Black Cat in the multiverse would be a complete 180 from that role, and one that we think Larson would excel at. Black Cat is a cat burglar who was initially human, but eventually gained feline powers and retractable claws. Felicia is a cynical and distrusting woman, used to caring only for herself, which makes her an interesting character to see onscreen.

Seeing Brie Larson play a character connected to Mar-Vell in the multiverse would be a fun nod to her role as Captain Marvel. In the comics, Phyla-Vell is the genetically engineered daughter of Mar-Vell and Elysius, making her a Kree/Titan hybrid. Phyla is a headstrong and determined character, an archetype that Larson has already proved that she can perform excellently.

Brie Larson as the Asgardian sister of Thor and Loki in the multiverse would certainly shock some fans. After the sons of Odin met their sister Hela in Thor: Ragnarok, fans would definitely be interested in expanding the storyline of the God of Thunder and his family. However, Angela is older than Hela and was kidnapped before any of her siblings were born and raised by angels. Angela is a complicated character who was taken from her home, similar to Carol Danvers, and perfect for Larson to play.

If Captain Marvel’s energy-absorbing form wasn’t exciting enough for some fans, seeing Brie Larson fully decked out as Tigra is sure to delight them even more. Greer is a human/tiger hybrid who got her powers after her soul was bound to the Cat People. As Tigra, she is their defender and champion, and she later joins the Avengers to save the Earth on numerous occasions. Tigra is a character that is as fierce as she looks and Larson would definitely bring her signature fire to the role.

While Carol Danvers can fly using the powers she gained from an energy explosion, Pixie has the power to create butterfly wings to travel by air. As a mutant, Megan is affiliated with the X-Men and she has some magical powers alongside her mutation, allowing her to cast spells, teleport, and travel between dimensions. With the X-Men being introduced in the Marvel Multiverse through Professor X, seeing Larson as Pixie would be a fun addition, albeit in another universe.

Another mutant heroine, Firestar is a character with a rich history. She was raised by Emma Frost at the Massachusetts Academy among the Hellions and later manipulated into carrying out Frost’s nefarious plans. She eventually managed to escape from the academy and teamed up with both the X-Men and the Avengers. Firestar can generate, control, and manipulate microwave radiation, powers which are very similar to Captain Marvel’s. If a multiverse incarnation of Firestar were to join the MCU, it would be interesting to see Larson in the role.