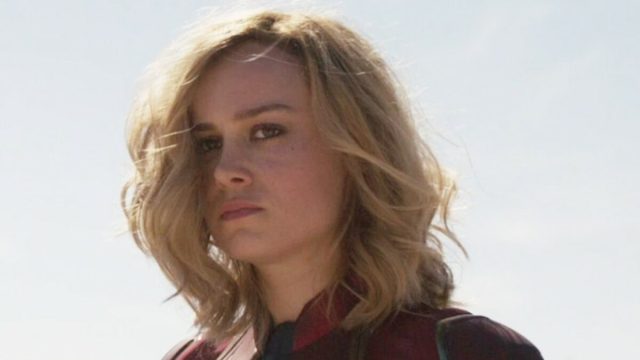 Brie Larson is one of the biggest names in Hollywood with an impressive resume across film and TV with an Oscar win to her name — but why does she receive so much hate? The actress was sent into the entertainment stratosphere when she became Captain Marvel and starred in the MCU’s first movie featuring a superheroine. She seemed poised to win over hearts and yet she’s been met with much resistance along the way.

The fact is, entering these fandom spaces comes with a series of landmines talent has to look out for. Words and intentions can be misconstrued, hate for a character can spill into hate for the performer, and a whole host of unrealistic expectations can be placed upon them. It’s a risky game becoming such a high-profile figure, especially when one is determined to change the status quo.

Here’s what you should know about why so many people dislike Larson ⏤ and why they absolutely shouldn’t.

Brie Larson’s response to playing Captain Marvel in the future

In an interview with Variety at the D23 Expo 2022, Larson was asked how long she’ll play Captain Marvel. She reacted with a shrug and said, “I don’t know. Does anyone want me to do it again?” She’s still relatively new to the MCU and actors with starring roles tend to stick around for multiple sequels. Many Marvel fans are still rolling out the same rhetoric since Larson first appeared on the scene and started making waves. To detractors, it’s as if no time has passed, but she’s also got her own army defending her and what she represents in the MCU.

Her candid response to the question becomes glaring in the light of all the backlash she’s received and it gives the impression that she doesn’t know the fate of her future in the MCU. She might even be done with the role soon. Captain Marvel made a cameo appearance at the end of Ms. Marvel and she’ll be in the Captain Marvel sequel The Marvels, but what lies ahead for the character?

Do people dislike Brie Larson because of how she portrayed Captain Marvel?

Playing an iconic character like Captain Marvel is going to be difficult for anyone. The character has so many fans and means so much to people so any slight deviation from the source material is likely to cause an uproar. Although the movie made over one billion dollars at the box office, it wasn’t that well-received and some considered it boring. The plot was sluggish at times and the dialogue didn’t receive rave reviews, but was this Larson’s fault?

There’s no denying that Larson is an accomplished actress with a deep understanding of character work and beautiful execution, but Captain Marvel has its problems and requires a nuanced take to fully investigate its mistakes. The cause of the movie’s narrative downfall is likely due to its haphazard nature. As the MCU is wont to do, (see: Spider-Man in Captain America: Civil War) they threw her character into Avengers: Infinity War, then rushed out a solo movie prior to Endgame, and none of it felt fluid. Audiences wondered where she’s been all this time and there wasn’t any great sense of planning to alleviate concerns. This started the character off on the wrong foot.

Is the hate against Brie Larson just a case of sexism?

Women entering into these fandom spaces (and most spaces on this Earth) receive an unfair amount of hate and that went double for Larson, who also received violent threats against her. Superheroines get labeled as “Mary Sues” while their male counterparts get a free pass to be as powerful and efficient as the creators want, and the expectations are immeasurably higher. 20 other MCU movies centered on men (only one of which being a Black superhero) came out before Captain Marvel had her chance to shine, and despite the added degree of difficulty pulling off something that hadn’t been done before, it still got judged more harshly. Captain Marvel has its problems, but let’s not pretend that every MCU vehicle has been golden.

One of the differences between those other lackluster movies and Larson’s is that she’s a woman, which comes with adversities she has to face that others simply don’t. Hate has spread online for the movie and Larson, making her a point of contention among fans. People don’t always appreciate it when something new is brought into the franchises they love, and she came in with every intention of making a positive difference.

Did the hate against Brie Larson come from her controversial diversity comments?

Larson isn’t one to hold her tongue when it comes to causes she believes in. At the 2019 Crystal Awards for Excellence in Film, she said, “[Audiences] are not allowed enough chances to read public discourse on these films by the people that the films were made for. I do not need a 40-year-old white dude to tell me what didn’t work for him about A Wrinkle in Time. It wasn’t made for him.” Suffice it to say, a lot of white dudes didn’t like this quote and felt personally attacked by it.

As mentioned earlier, 20 male-led MCU movies came out before Captain Marvel. Fans had been asking for a Black Widow movie for years and it wasn’t made until after Natasha Romanoff (Scarlett Johannson) died in Endgame. There’s a clear centering on male characters made for male viewers and Larson was pointing out that other perspectives need to be acknowledged. Many people get defensive about their fandoms and gatekeep these stories, but it’s not really theirs to gatekeep. We can look at all the movies and shows that were review-bombed based solely on their representation (Eternals, Shang-Chi and the Legend of the Ten Rings, Ms. Marvel) to understand that some people don’t want change because they hate change and not because of the quality of the work.

Did the hate against Brie Larson stem from MCU drama behind the scenes?

Rumors spread about Brie Larson not getting along with the cast of Avengers: Endgame, but these are really unsubstantiated. There are videos on YouTube where people have compiled clips of the actress and her castmate’s reactions, and it’s all very biased. What’s evident is that she represents a change in how things are done by breaking up the proverbial “boy’s club.” She’s painted as a woman who stops the party from happening because she wants to bring important subject matters to the table and that’s quite unfair.

It should be exciting for people to find that a star is invested in a role like this rather than cast them out for trying to elevate the material. A perfect example of this is the upcoming Captain Marvel sequel, The Marvels. She’s co-starring with Iman Vellani as Ms. Marvel and Teyonah Parris as Monica Rambeau. She’s also working with director Nia DaCosta, who helmed the horror movie Candyman, and she’s the first Black woman to direct a film at the top of the box office. Change can be good.

Is the hate against Brie Larson because fans wanted to see a different actress as Captain Marvel?

With virtually every superhero, there’s a long list of people fans envision as their favorite heroes (called “fancasting”) and it’s no different with Captain Marvel. There are a plethora of Reddit threads about other actresses who could play the role, some of which include Emilia Clark, Kat Graham, Jennifer Lawrence, Sophie Turner, Julianne Hough, Zendaya, Blake Lively, and Laura Vandervoort. Captain Marvel might’ve been a lackluster film, but the full blame can’t be placed on Larson’s shoulders. Some were upset about Larson’s short hair…when Carol Danvers has sported short hair in the comics. There’s just no pleasing people sometimes and having someone else play the role would only invite more scrutiny.

People shouldn’t hate Brie Larson because she’s done nothing wrong. She’s spoken out against injustices and wants to inspire everyone, not just the people this genre has always catered to. There are many more problematic figures in the world and Larson has shown a commitment to this role and changing the conversation to highlight issues. This is something that true heroes do, but so often fandoms (like Lord of the Rings: The Rings of Power, House of the Dragon, Percy Jackson, and Star Wars) are committed to maintaining the status quo at the exclusion of others. It takes people like Larson to shake things up and allow other voices to come through.

An inside look at Brie Larson’s career

Brie Larson has a string of absolute TV and movie bangers that can’t be dismissed. She starred in The United States of Tara alongside Toni Collette as the troubled teenaged daughter, she was in the well-loved and much-quoted Scott Pilgrim vs. the World, and she won an Academy Award for Best Actress for her stirring performance in Room. She’s a powerhouse when it comes to acting and finding roles that show her range.

In recent years, Larson has teamed up with Captain Marvel co-star Samuel L. Jackson in the indie movie Unicorn Store, and she’s two projects debuting on Disney Plus. One is an augmented reality short film called Remembering, and the other is a show called Growing Up, which is about a group of young adults sharing their unique perspectives on their lives.

Larson has some haters, but she’s got way more fans. Her social media following is massive as she gives people a personal look into her life and comes across as charming and down-to-earth. She has three million followers on Twitter and she has a successful YouTube account where she posts about her adventures, going to Disneyland, climbing mountains, playing video games, sharing recipes, and singing. Her Instagram has a whopping 7 million followers and consists of set photos, selfies, her friends, bathing suit photos, her training regimen, and so much more. She really just seems like a wholesome and unproblematic person.

How does Brie Larson handle the negativity?

Receiving all this hate can’t be easy for anyone, but Larson handles herself with composure. During the height of the hate, things were looking dire and it would be enough for someone to reconsider their involvement in such a toxic space, but she’s braved through it and her fans are thankful for it. Her way of living seems to be her answer to the haters and channels all the negative energy into something positive. She creates art and focuses on self-confidence, nourishment, beauty, health, and wellness in all aspects of life.

It’s unclear what will happen to Captain Marvel after The Marvels comes out on July 28, 2023, but many people are hoping Larson sticks around the MCU for a long time.