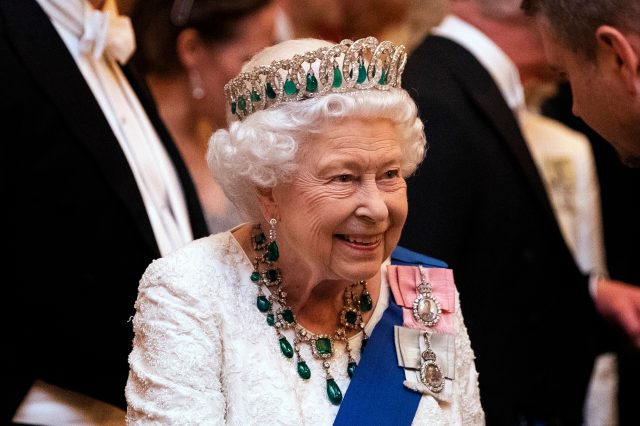 L0NDON, ENGLAND - DECEMBER 11: Queen Elizabeth II talks to guests at an evening reception for members of the Diplomatic Corps at Buckingham Palace on December 11, 2019 in London, England.(Photo by Victoria Jones - WPA Pool/Getty Images)

Unless you have been living under a rock, you’ve probably heard that Queen Elizabeth II shuffled off this mortal coil on September 8, 2022, at the age of 96. Her impressive reign lasted 70 years, making her the longest-ruling British monarch. Royal officials announced her state funeral will take place on September 19, 2022. Twitter was quick to point out that this falls on International Talk Like a Pirate Day, which is quite the dilemma.

International Talk Like Day was created in 1995 by two friends from Oregon, John Baur and Mark Summers. At first, they quietly celebrated the “holiday” in their own friend circle. In 2002, they wrote to humorist Dave Berry to ask him to be its spokesperson. Dave was amused and agreed to accept this important duty. He wrote a column on it which launched the holiday to international fame. Now, every Sep. 19, wannabe Jack Sparrows abound. Phrases like walk the plank and run a shot across the bow get thrown around with ease.

This brings us back to Queen Elizabeth’s funeral. While it is funny to consider a bunch of stoic Brits eulogizing the Queen as pirates, this most likely won’t happen. The Queen’s funeral will be a somber event celebrating the life of a public servant who worked until the very end of her life. After all shiver me timbers, just days before her death, she met with the newest Prime Minister Liz Truss. Avast mateys, if that doesn’t get some respect, nothing is sacred anymore.