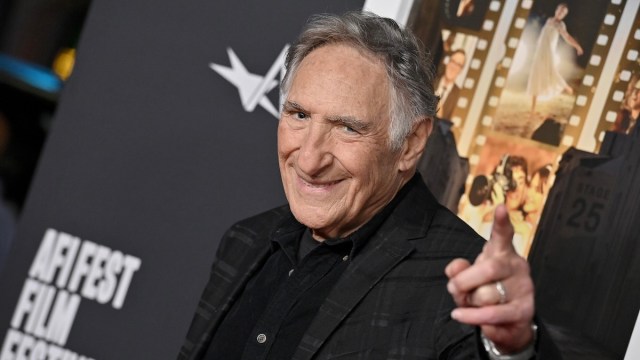 Sorry, everyone, it looks like all those people who told you that if you just do your best and persevere you’ll be recognized were right all this time. Or at least that’s the takeaway lesson from The Fabelmans star Judd Hirsch’s Best Supporting Actor Oscar nomination. Hirsch was first nominated back in 1980 for his supporting role in Ordinary People and today’s nomination means that he’s waited 42 years between the two nominations, longer than any other actor.

Hirsch’s nomination for his performance as Uncle Boris breaks the previous record for the longest gap between nominations held by Henry Fonda, who spent 41 years between his nominations for Best Actor for The Grapes of Wrath in 1941 and On Golden Pond in 1982. Fonda took home the award that year, one year after Hirsch lost the category to his Ordinary People co-star Timothy Hutton.

Hirsch was only one year shy of setting another record, that of oldest nominee ever. Hirsch is 87, one year younger than the record holder, the late Christopher Plummer who claimed the record when he was nominated for his 2018 performance in All the Money in the World at age 88.

Another Fabelmans shoutout to the delightful and brilliant Judd Hirsch, who, at 87, scored his second Oscar nomination today, a mere 42 years after his first. (In between, there were a couple of Tonys, a couple of Emmys…he was busy.)

Hirsch hasn’t exactly lived the last four decades without any recognition though. He has two Primetime Emmy Awards for Outstanding Lead Actor in a Comedy Series for his work in the sitcom Taxi, two Tony Awards, and a Golden Globe. If he takes the category he’ll have his EGOT bonafides. Hirsch is up against stiff competition however, including Brendan Gleeson and Barry Keoghan for The Banshees of Inisherin, fan fave Ke Huy Quan for Everything Everywhere All at Once, and Brian Tyree Henry for Causeway.