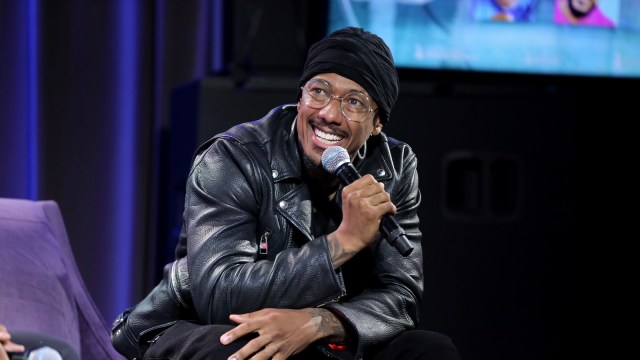 Photo by Rebecca Sapp/Getty Images for The Recording Academy

Nick Cannon will be a father again soon, a bit of news that is as surprising as the sun rising, the tide going out, and water remaining wet. The comedian and talk show host’s wife, singer Alyssa Scott, posted her new baby bump on her Instagram account today — making this the 12th time Cannon will be a proud papa, only a year and a month since the birth of his son Rise with model Brittany Bell.

And while the internet didn’t exactly blink hard at the news, that didn’t stop social media users from breaking out their roasting pans in order to discuss and mercilessly drag the long-time host’s well-known proclivity for fertility.

More than a few users posited the idea that the entertainer is trying to start his own all-family NBA line-up.

User @averagelyjoe pointed out that Britain is turning over Prime Ministers at the same rate Cannon is having babies.

Some just reposted evergreen tweets regarding the matter.

While others reflected current entertainment trends.

While it may seem nigh impossible, Cannon maintains that he remains a constant presence in all his children’s lives, dedicating the better part of each day to childcare despite continuing to host his afternoon radio program and pursuing other business interests as well as his decidedly non-monogamous personal life.

“It’s not as difficult as people think it would be, but I understand [their concern] because it is a very unorthodox scenario,” Cannon told Entertainment Weekly. “I dedicate probably my entire day to my children. Luckily, we are in a world where I’m blessed with the opportunity. I get to spend more time with my children every single day because of my world and my business model.”