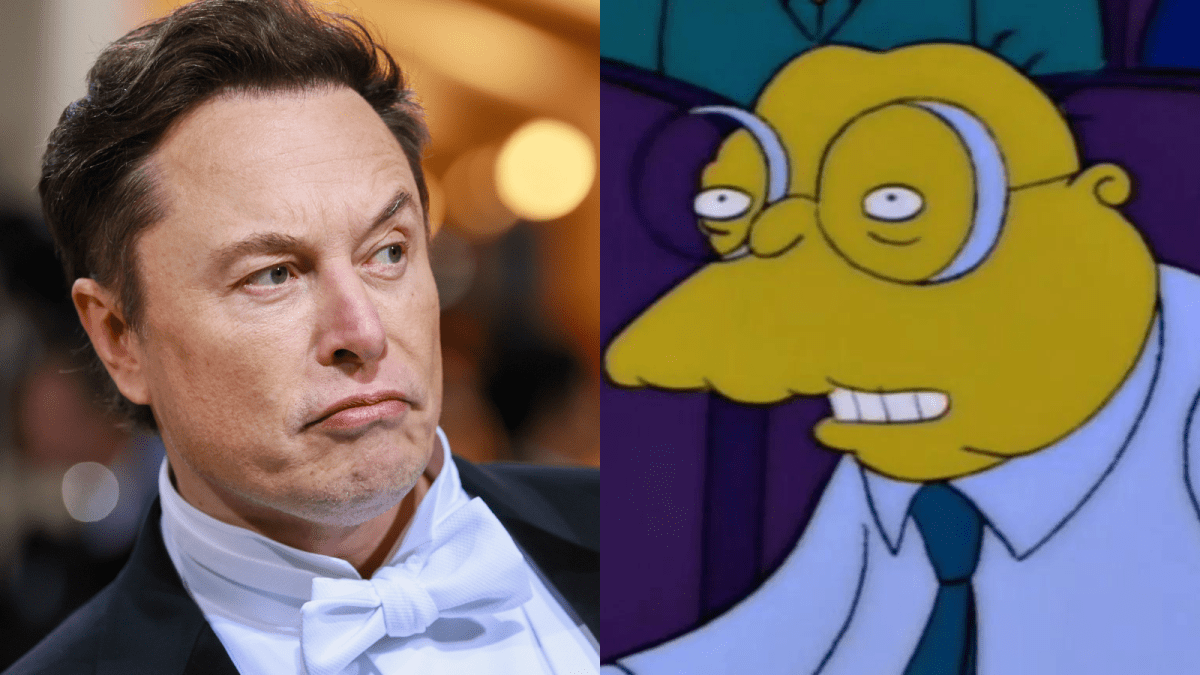 Elon Musk is the absolute master of unintentional references to The Simpsons, with nearly everything he does feeling like he’s trying very hard to emulate the greatest television series of all time.

Much like Mr. Burns in The Simpsons, Musk is a desperately out-of-touch billionaire with a shockingly low amount of self-awareness. However, at least Mr. Burns tried a few times to not be completely evil. Musk, in comparison, seems to enjoy emulating Mr. Burns’ worst points, and his now infamous Dave Chappelle-hosted event has got everything thinking of one excellent episode of The Simpsons.

“A Star Is Burns” saw the billionaire attempt to become a loved film star and auteur, hoping the medium would help his image recover from being a monster in the eyes of the public. Following its debut at Springfield’s film festival, he and his film get emphatically booed by the audience. Hearing the boos, Burns asks assistant and devotee Smithers if he was getting booed. Smithers, famously willing to do anything to keep Burns happy, tells a little white lie: “No, they’re saying Boo-urns!”

Life imitated art when Chappelle’s introduction for Musk saw him get eviscerated ad inundated with boos. Never before has the world’s dislike and hatred actually properly reached the physical dimension for Musk. So accustomed to sycophantic fan boys willing to put their tongues where the sun doesn’t shine, Musk finally has seen people don’t like him, and they don’t fear him.

Musk responded to the intense booing with one of the world’s most embarrassing attempts to save face. Instead of owning up to the occasion or taking it in good humor, he said “it was 90 percent cheers and 10 percent boos” — a claim that appears false if you look and listen through any of the footage.

Internet-age philosopher Natalie Wynn aptly said she’d “never seen anyone transform so thoroughly into a corn cob”. The utter dedication Musk has to acting like a character from The Simpsons is unrivalled, with him producing countless moments just like this.

The positive of this for Musk is it’s still not as embarrassing as him sharing his incel-esque bedside table a few weeks prior, though this one will sting much longer and sear deep within his ego for a while to come.