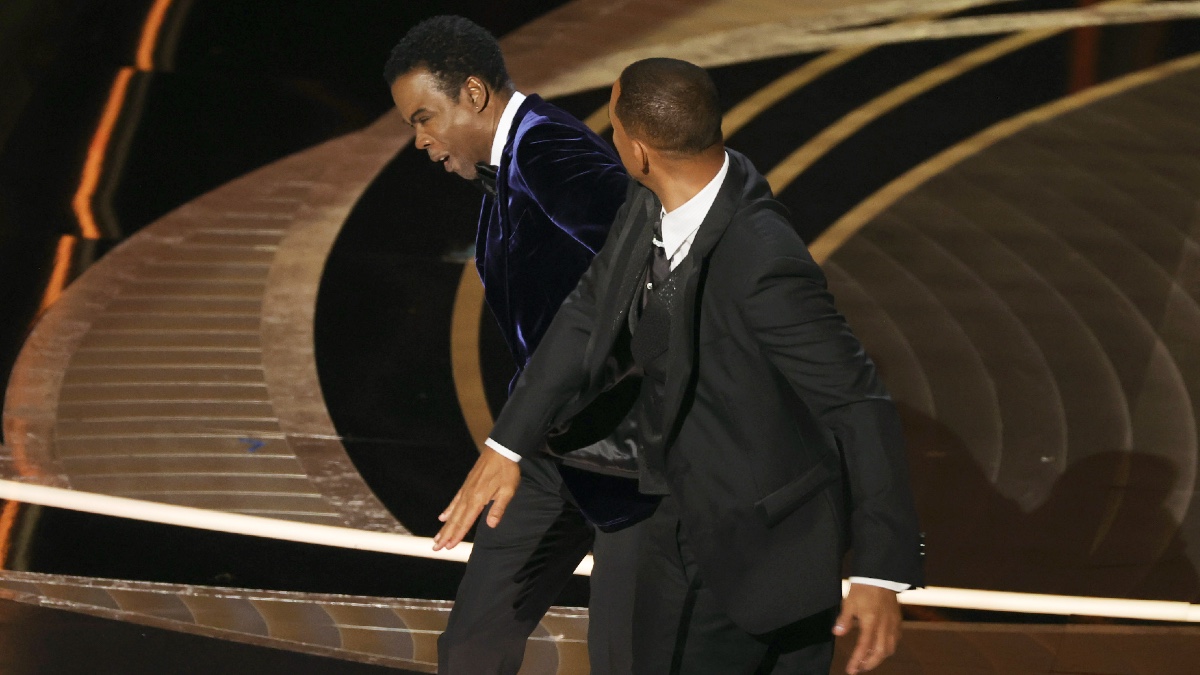 We’re closing in on a year since Will Smith infamously slapped Chris Rock at the 2022 Academy Awards, and now that we’re in full-fledged 2023 awards show season … well, it seems as though we are no closer to ever hearing the end of it.

Case in point, nearing the third hour of the 80th Golden Globes, host Jerrod Carmichael made the requisite slap joke, which not shockingly seems to have aged like warm milk. “During the commercial break we gave Will Smith the Rock Hudson award for best portrayal of masculinity on television,” Carmichael quipped, after cutting back to the ceremony.

Carmichael made the joke just after Ryan Murphy was presented with the fourth-ever Carol Burnett Award, which was launched in 2019 as the television equivalent to the Hollywood Foreign Press Association’s long-established Cecil B. DeMille Award.

It was, however, a bit in poor taste, as it referred to Golden Age of Hollywood actor Rock Hudson, who not so secretly lived a double life as a gay man, despite his broad appeal as heterosexual heartthrob. Hudson was diagnosed with AIDS in 1984, and the following year became the first major celebrity to die from the illness at age 59.

Carmichael, who also recently came out as gay, was referring to the longtime rumors about Smith’s own sexual orientation.

But poor taste or not, people were really just not having it.

“Let the Will Smith thing go, please. It’s been 200 years. The jokes aren’t funny. It was never funny,” tweeted one user, echoing all of our thoughts.

But most people just reacted with GIFs and memes to indicate how over it they were.

But that wasn’t the end of it for the night as Eddie Murphy had to chime in while accepting his honor, dispensing advice for newcomers in Hollywood. “Pay your taxes. Mind your business,” said Murphy. “And keep Will Smith’s wife’s name out your motherf—ing mouth.”

With the 2023 Oscars coming up on Sunday, March 12, hosted by Jimmy Kimmel, can we all just agree to a moratorium on Will Smith slap jokes? Surely Kimmel, who has made no shortage of fodder about the moment on his ABC late-night show, must likewise be fatigued as well. We can do this, America!