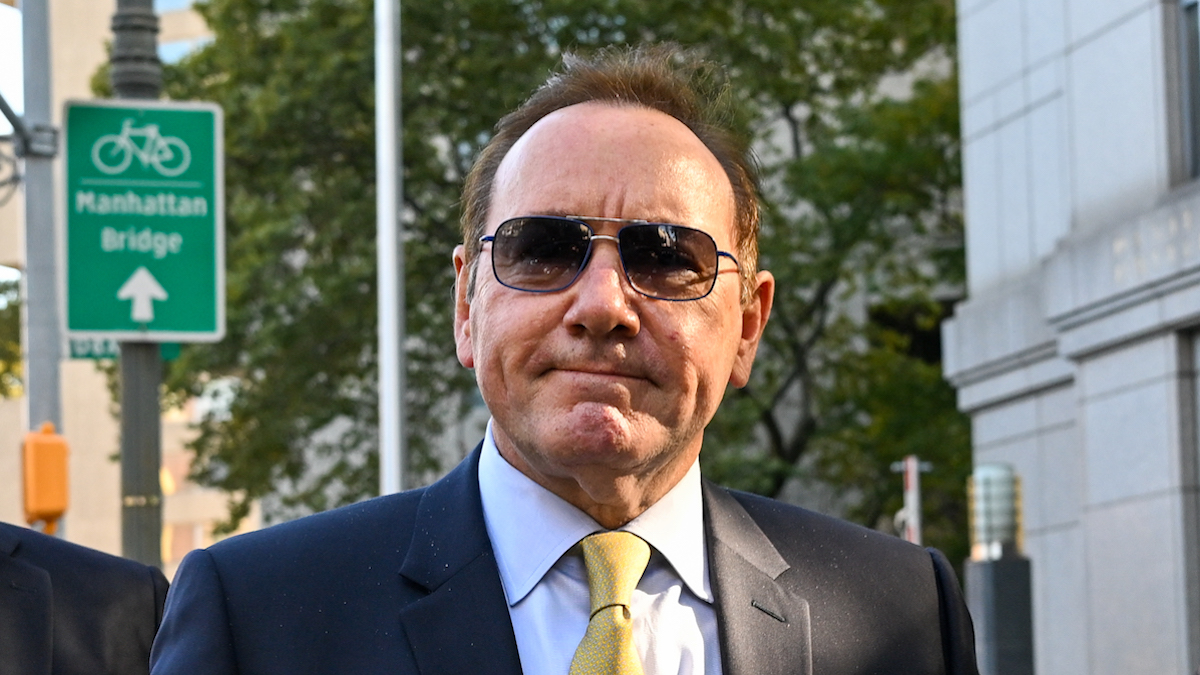 It’s been a difficult few years for Oscar-winning actor Kevin Spacey. Once considered one of the preeminent actors of his generation, Spacey saw his star fall in spectacular fashion following a series of sexual misconduct allegations beginning in 2017. However, after being found not liable in a recent trial, he may be staging a comeback attempt.

Spacey recently gave a rare update on his headspace with the press in Italy, according to Deadline. He wants everyone to know that he’s still living his normal life and not hiding away.

“I live my life every day, I go to restaurants, I meet people, drive, play tennis, I’ve always managed to meet generous, genuine, compassionate people,” Spacey said. “I haven’t hidden away, I haven’t gone to live in a cave.”

The Seven actor was in Turin, Italy to be honored by Italy’s National Cinema Museum and give a public masterclass. He’s also getting the Stella della Mole Award for lifetime achievement, which sounds fairly prestigious. As if that’s not enough, Spacey is also screening American Beauty for some reason.

This isn’t to say that Spacey is back in everyone’s good graces. He recently pleaded not guilty to seven additional charges from a sexual assault case in the U.K., with a trial expected on June 6. Despite this, Spacey told reporters that you can’t trust what the media says and that he’s been living his life as normally as he did before the charges.

“What you see in the media is not real life, I’m not coming back to public life because I never left it,” he said.

Spacey is well liked in the city of Turin, as opposed to the United States where he’s blacklisted and somewhat despised. He was even invited to attend a soccer game and offered a personalized jersey, which he accepted, by the way.

It really seems like Spacey is staying away from the U.S. as much as he can, and who can blame him? People were not happy at all when they saw the former House of Cards actor being celebrated by the Italian masses. As if to underscore just how much the city loves him, Italian Under-Secretary for Culture Vittorio Sgarbi praised Spacey and said the charges against him haven’t even been proven.

“Because of everything that happened, he lost his reputation and his career was interrupted,” Sgarbi said. “All this for having been accused of being a sexual maniac, something that no court has ever judged as true.”