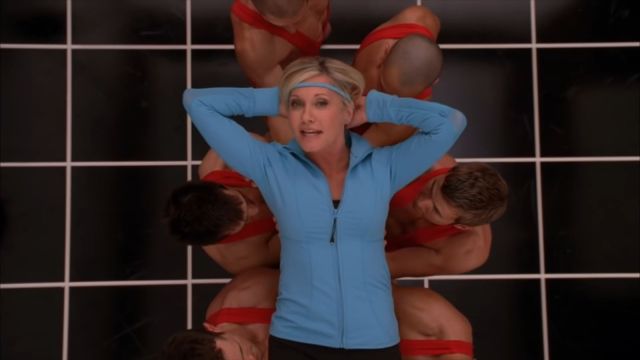 Olivia Newton-John was an iconic singer and actress who won four Grammy awards and starred in iconic movies such as Grease and Xanadu. Ever since she started her career at a very young age in Australia, Newton-John’s music and performances captured the hearts of fans around the globe.

The world was saddened after they learned that Newton-John had passed away. The entertainment industry said goodbye to another beloved talent, and fans gathered around her star on the Hollywood Walk of Fame to say farewell. But just because she’s gone doesn’t mean that her work, especially her music, will be forgotten.

Here are 10 of the best Olivia Newton-John songs, ranked.

In 2012, Newton-John collaborated with her Grease co-star John Travolta and released a Christmas album, filled with covers of Christmas classics that the two sang together. One of the songs on the album is their rendition of ‘Baby It’s Cold Outside’ from the 1949 film Neptune’s Daughter. The song showcased their long-lasting friendship and chemistry, even if the two never dated. Although it was some time since the pair last collaborated, Newton-John and Travolta have an amazing dynamic that no one could take away from them.

‘A Little More Love’ was released in October 1978 and was the lead single from Newton-John’s 10th studio album Totally Hot. The song charted in multiple countries, especially the United States where it reached number three on Billboard’s Hot 100, and fourth on US Billboard’s Adult Contemporary charts in 1978. Despite it being released in the late 70s, A Little More Love’ was used in modern media such as the 2006 animated film Monster House and the 2018 film Gloria Bell.

In 2014, Newton-John released Hotel Sessions, an EP featuring unreleased songs that was distributed under her own label ONJ Productions. The EP had five song and two bonus tracks, all of which were worked on for over nine years in different hotel rooms. One of the songs on Hotel Sessions was ‘Best of My Love’, which had its demo leaked before it was recorded. The song is catchy and upbeat and is one of the best hits that Newton-John released in the post-2010s.

‘Magic’ was written for the film Xanadu and was produced by John Faraar after the two worked together on Grease. The song was described as ‘accessible’ with its simple beat and sound. ‘Magic’ became one of the best adult contemporary songs of the 80s, as it reached number one on the US Billboard Hot 100. It was also the third most popular single behind ‘Another Brick in the Wall, Part II’ by Pink Floyd and ‘Call me’ by Blondie. ‘Magic’ was well loved by many, including John Lennon, who told Newsweek that ‘Magic’ and ‘All of the World’ was his favorite songs by Newton-John. The song now sits at 377th on Billboard’s Hot 100 60th anniversary charts.

‘Xanadu’ was a song performed by both Newton-John and the Electric Light Orchestra, and was featured on the 1980s film Xanadu. It’s an upbeat song set in a roller disco and is considered to be one of Newton-John’s most recognized songs as it’s still currently played on Australian radio. ‘Xanadu’ was Electric Light Orchestra’s only number one UK single, and also charted in multiple countries. ‘Xanadu’ was re-recorded in 2000 by ELO’s Jeff Lynne but didn’t feature any of the previous band members nor Newton-John, and re-recorded later again in 2009 where it was sung by Texas frontwoman Sharleen Spiteri.

If there is one thing that Newton-John is known for, it’s for her role as Sandy in the film musical Grease. ‘You’re the One That I Want’, one of the signature songs from the Grease, was very successful as a single release, selling over 15 million copies and going on to become one of the best-selling physical singles in 1978. John Farrer, the songwriter of ‘You’re the One That I Want’ and Newton-John’s longtime collaborator, told Debbie Krugger that the song was the “fastest he’s ever written.”

‘Hopelessly Devoted to You’ is Newton-John’s solo performance from Grease that peaked at number two on the Australian music charts. According to Songfacts, the song was written because it was in Newton’s contract that she should have a solo song in the film. ‘Hopelessly Devoted to You’ songwriter John Farrar spoke with Debbie Kruger and described the song as the “longest he’s ever written.”

Of all the songs that Newton-John sang in Grease, ‘Summer Nights’ has to be the most iconic. The song was a duet featuring her and John Travolta, as well as backing and supporting vocals with the rest of the cast. ‘Summer Nights’ tells the story of how the two lead characters Danny (Travolta) and Sandy (Newton-John) met during the summer and fell in love. If you ask anyone what song comes to mind first when you say the words Grease, usually it’s ‘Summer Nights.’

‘Physical’ has to be Olivia Newton-John’s most successful song in her career outside of Grease. The song was released on Sept. 1981 and was so successful that not only did it sit at number one on the Billboard Hot 100 for weeks, but it was covered many times. Newton-John had a special appearance on the TV show Glee where she performed the song alongside Jane Lynch. The Glee rendition recreated the 1981 music video for the show, as well as used the same instrumentation from the original song.

Olivia Newton-John captured the hearts of fans both old and young. While she lived a successful and fulfilling life, the world will miss one of the greatest performers of all time, and Australia will especially mourn the loss of another popular and influential icon.