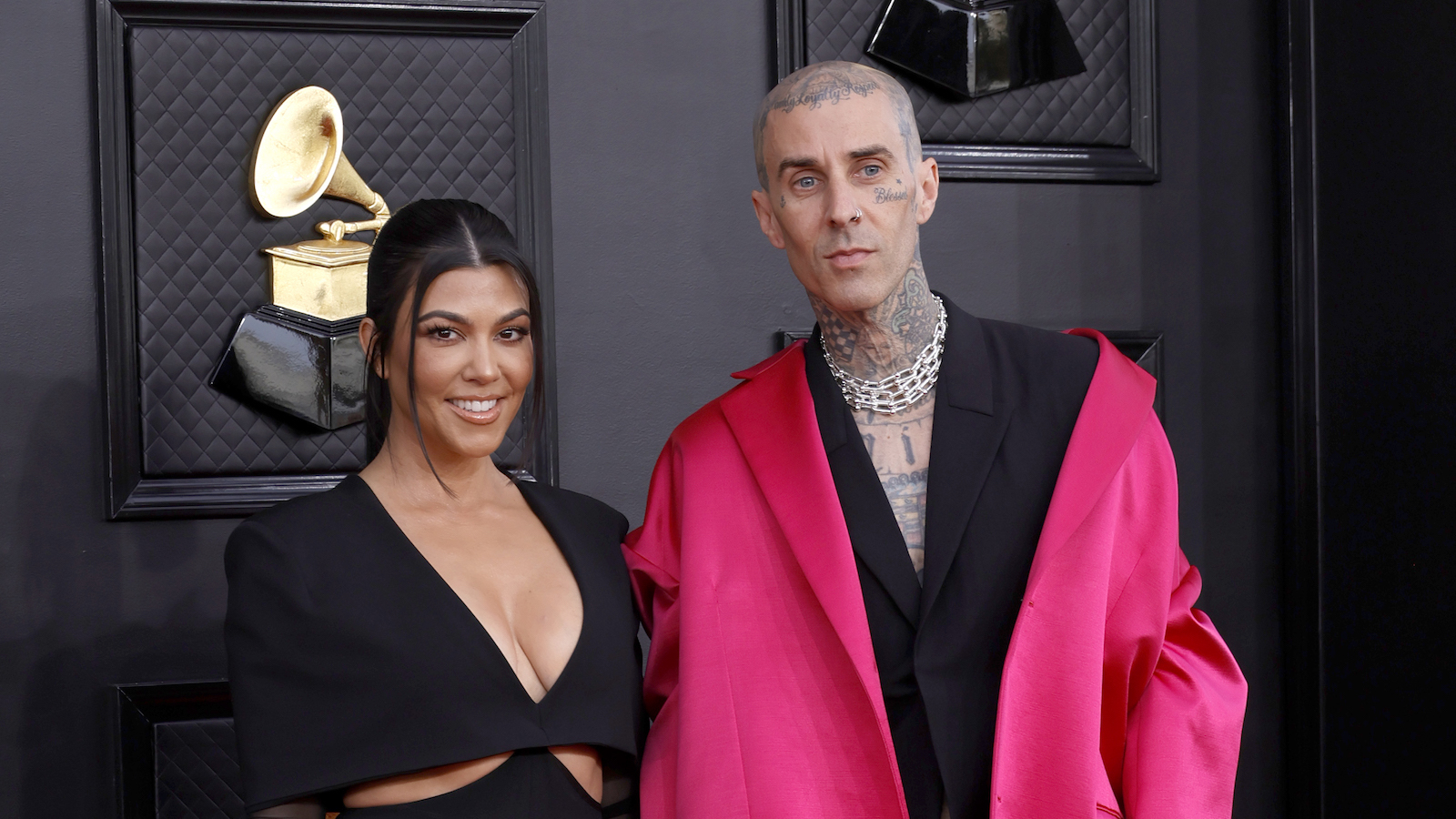 According to Billboard, blink-182 drummer Travis Barker and reality TV sanguisuge Kourtney Kardashian reportedly did not officially elope in Las Vegas, contrary to earlier reports. Instead, the duo, in town for Barker’s Grammys performance with H.E.R. and Zoe Kravitz’s dad Lenny, visited the One Love Wedding Chapel and went through a wedding ceremony officiated by an Elvis impersonator just as a goof.

Having had “a few drinks,” the pair of jokesters brought photographers and security for the low-key spur-of-the-moment wedding prank. (If she did indeed consume alcohol, Kardashian’s fans might be disappointed after speculating the POOSH founder is pregnant based on the so-called evidence of Kardashian eating a vegan burger.)

Chapel owner Marty Frierson confirmed that he was contacted in advance to confirm an Elvis would be available to preside over the matrimonial escapade. As is common with last-minute Vegas hijinks, TMZ sprung to work getting the details. The outlet initially reported that the couple brought a marriage license, but that now appears to be untrue.

The Barker/Kardashian coupling has been a similarly spontaneous and informal affair from the beginning, with the couple announcing their relationship on Instagram before Barker gave an interview about it on The Drew Barrymore Show. Barker and Kardashian got engaged in time for the cameras to capture it for Hulu’s new reality series, The Kardashians. Kris Jenner appeared on Ellen to tease that the freewheeling couple “make out for 98% of the show.”

The couple promise that the wedding was just for funsies and that “several wedding events” are being planned. Barker has been married twice before, with his second wedding boasting a Nightmare Before Christmas-inspired theme and being held on Halloween. There’s no doubt that whatever his “real” wedding plans, they will be theatrical. That marriage resulted in two children and a reality series, Meet the Barkers.