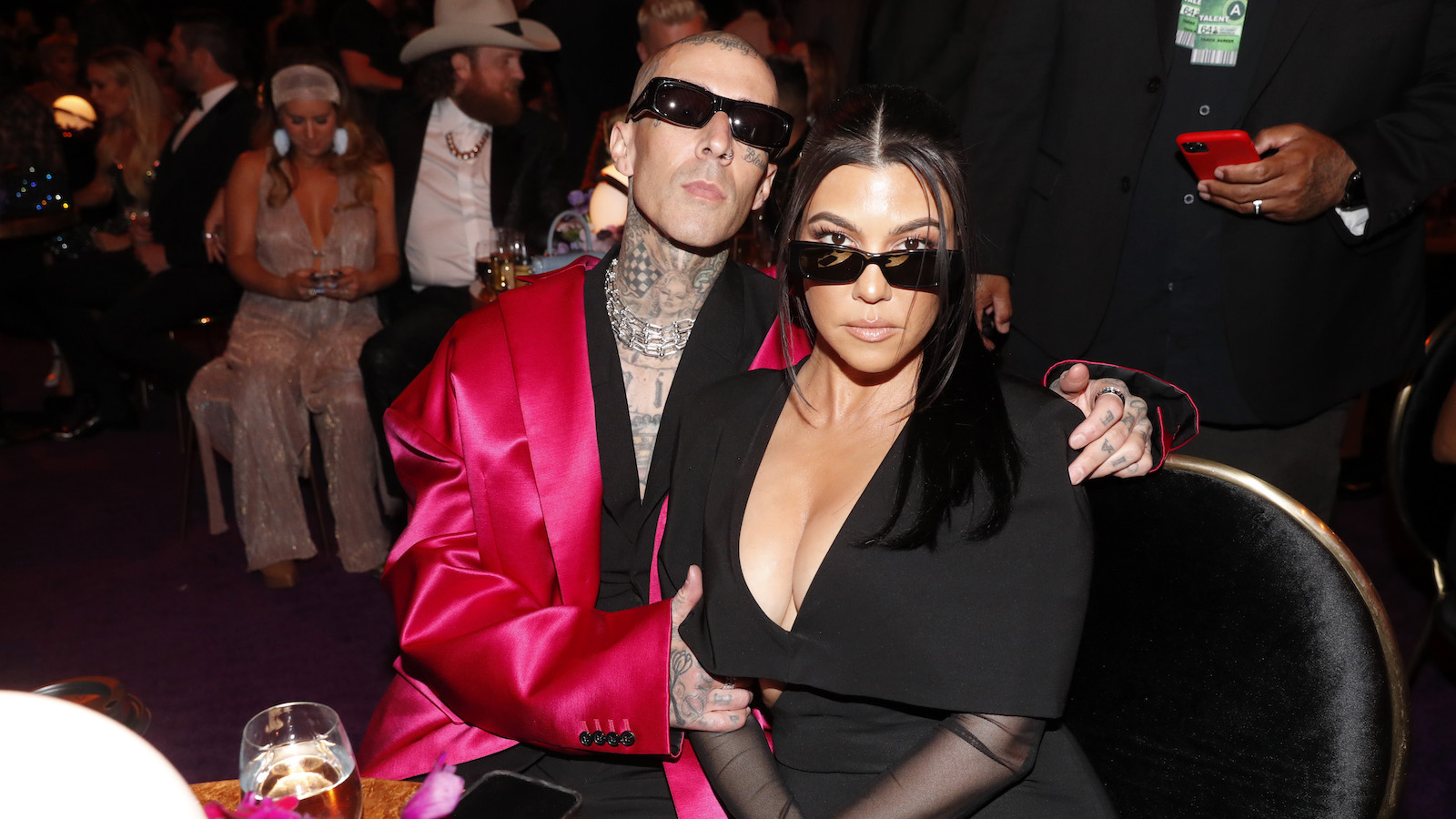 Photo by Jerod Harris/Getty Images for The Recording Academy

If Kourtney Kardashian and Travis Barker cram their tongues down each other’s throats and no one is there to see it, did it even happen?

The ceremony took place hours after Barker sat behind the kit for H.E.R. at the Grammys, as no awards show can proceed without incorporating the drummer. The couple walked the red carpet together, with Barker ditching his typical all-black look for the Hot Topic-approved color combination of hot pink and black. Kardashian walked the red carpet in a black jumpsuit, but it remains to be seen if the duo had different looks for the ceremony.

According to TMZ’s report, Kardashian and Barker had their marriage license ready to go, did not allow the venue to take photos, and brought their own photographer and security.

Barker and Kardashian were longtime friends and neighbors prior to their camera-friendly romance, which began in Feb. 2019. Barker’s proposal wasn’t quite the low-key affair the wedding appears to be, with an elaborate display of red roses surrounding the couple on a beach in Montecito, California, followed by a celebration dinner with the whole family. Yes, it was filmed for The Kardashians. Of course.

This is Kardashian’s first marriage and Barker’s third. They each have three kids from prior relationships.

If you’re concerned that Kris Jenner, Machine Gun Kelly, Megan Fox, Kim Kardashian, Pete Davidson, tattoos, and blood rituals were absent from the affair, TMZ assures that “there will be “several’ other celebrations, with lots of fanfare.” Of course.