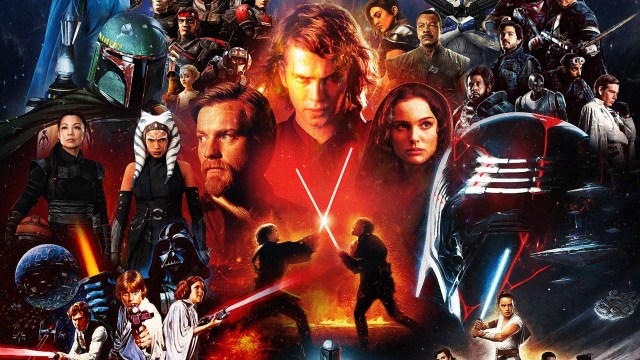 There are many brutal deaths in Star Wars. Mace Windu got his hand sliced off and was thrown out of a window, Owen and Beru were burnt alive by Stormtroopers, Jabba’s dancer Oola screamed as she was eaten by the Rancor, and multiple Jedi Masters were betrayed and shot to death during Order 66, but there’s one death that seems to hit particularly hard for fans.

In Revenge of the Sith, Anakin dispatched Count Dooku, chopping off both his hands before decapitating him. That’d be bad enough, but it’s only in his final moments that Dooku realizes he’s simply been used all along by Palpatine, and that he’s outlived his usefulness:

His death is particularly sad now that we’ve seen Tales of the Jedi, which goes deep into his backstory to reveal that he had legitimate grievances against the Jedi Order and the Galactic Republic, and that he’d sacrificed so much to ally with Palpatine:

Others point out we’ve gotten to know Dooku a lot better through The Clone Wars:

But though Dooku might be a sympathetic villain, he’s still a villain:

After Tales of the Jedi we wish we could see more of Dooku’s time as a Jedi to see him in his prime:

But, with the ruthless Sith rules of lethal competition, he really should have foreseen that Palpatine would betray him:

Tales of the Jedi does a fantastic job of fleshing out Dooku, so we’re hopeful Dave Filoni and Lucasfilm are going to follow it up with a sequel series. There are many fascinating Jedi in Star Wars who only get a cursory amount of screen time, leaving their backstories relegated to comics and books.

However, as many have pointed out, the villains tend to get even less development as the narrative focus remains on the heroes. Perhaps it’s time for the sequel to Tales of the Jedi to be Tales of the Sith so we can get to know the men and women who picked up a red lightsaber and embraced the Dark Side?