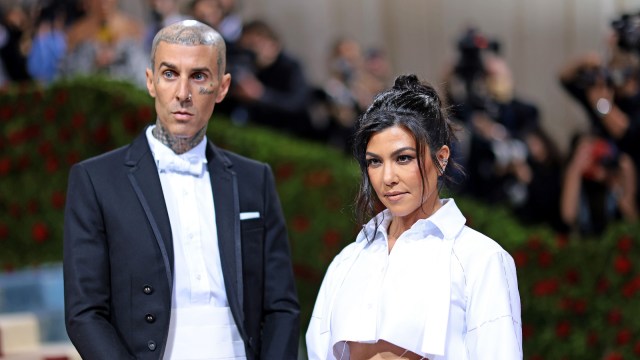 Travis Barker, blink-182 drummer and husband of Kourtney Kardashian, has reportedly been hospitalized.

As reported by TMZ, the 46-year-old was taken to Los Angeles’ West Hills hospital on Tuesday morning for a health issue. However, the issue apparently required further medical help, as he was then escorted by ambulance to Cedars-Sinai Medical Center. Kardashian accompanied her husband throughout the ordeal.

While no details about the issue are known publicly at the time of writing, Barker’s daughter, Alabama, took to social media asking for fans to send their prayers.

Since this initial story, no further posts have been made by Alabama.

Prior to this, Travis himself took to social media to simply tweet, “God save me”, which might mean the issue at hand is a little more serious.

In response to this tweet, plenty of fans shared their support for Barker for whatever medical issue is at hand, while other more skeptical fans suggested that he had been tweeting song lyrics. This is due to the fact that “God Save Me” is a song from another artist and friend of Barker’s, Machine Gun Kelly. Barker is also credited as a producer of the song. As of right now, it isn’t clear what the true inspiration for the post was.

This medical emergency has come just weeks after Kardashian recovered from her second bout of Covid. She detailed her road to recovery in a blog post on her lifestyle blog Poosh. The pair also recently held their third wedding in Italy which appeared to be the most extravagant yet.