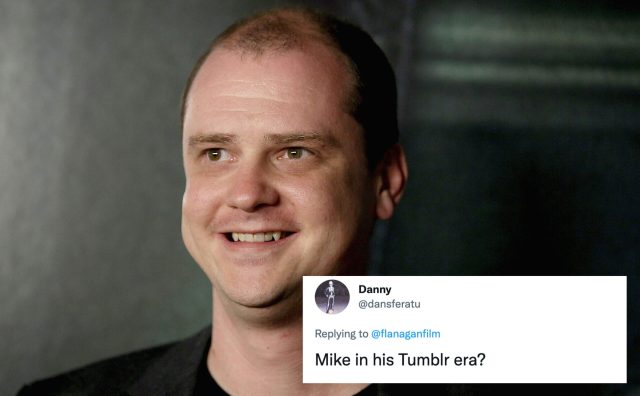 In the days following Elon Musk’s high-profile purchase of Twitter, the controversial businessman has found himself in online altercations with Star Trek legend George Takei and horror maven Stephen King. However, it appears that another horror staple is refraining from an internet battle and simply choosing to drift elsewhere: Midnight Mass and The Haunting of Hill House‘s Mike Flanagan.

Over the weekend, Flanagan took to his official Twitter account to ask his thousands of followers which Mastodon server he should join. Mastodon, of course, is being offered to folks as an alternative social media platform for those wishing to jump ship from Twitter. In a second tweet, the Hush director subsequently revealed that he joined Tumblr and posted a link directly to his blog:

Flanagan’s tweets come as no surprise as Twitter is rapidly descending into chaos, with confusing and contradictory statements from the top and a rapid uptick in abusive behavior. From the platform’s CEO trying to boost his own misplaced ego to Kanye West (aka Ye) driving an antisemitic agenda, the bone-chilling horror in Flanagan’s movies and series simply cannot compare with what’s occurred on Twitter over the last several days.

It still remains to be seen if the notable auteur is calling it quits on the bird app for good, but there’s a growing list of celebrities on Twitter that are feeling exceptionally restless with both Musk and the future of the platform as a whole. Truth be told, though, we’d follow Flanagan wherever he goes.