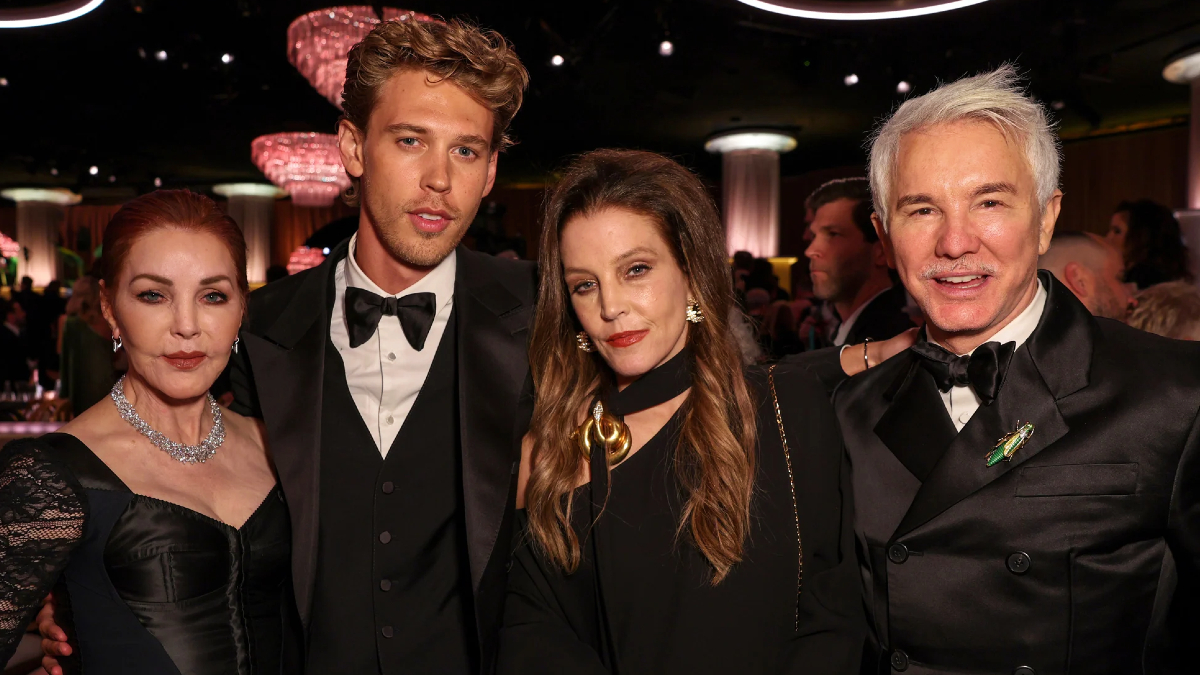 Lisa Marie Presley — the only child of the undisputed King of Rock and Roll, Elvis Presley — tragically passed away on Jan. 12, 2023, as a result of cardiac arrest as confirmed by official reports. Two days prior to her demise, the 54-year-old singer was seen at the Golden Globe Awards ceremony wearing a gorgeous black dress along with her mother Priscilla Presley and attended the ceremony primarily to show her support for Baz Luhrmann’s Elvis.

Lisa was clearly not a silent observer or supporter, as she was occasionally spotted participating in various interviews related to the biopic as well as cheering the cast on for their performance. On the red carpet, she photobombed Austin Butler’s interview by stepping in while he was talking to Entertainment Weekly – showering praises on the movie and its authenticity. She said,

“I really didn’t know what to do with myself after I saw it. I had to take, like, five days to process it because it was so incredible and so spot on and just so authentic that, yeah, I can’t even describe what it meant.”

She displayed her utmost happiness after Butler won the award and applauded the actor. When asked about how she was feeling after Butler’s win, she said, “I am so happy.” Amid the air of excitement, there was something glaringly wrong with Lisa’s health. Let’s dig into what happened to the “Storm & Grace” singer.

What was wrong with Lisa Marie Presley?

Throughout the ceremony, Presley was looking frail and unsteady. While giving an interview, she asked her manager Jerry Schilling if she could grab his arm for support. A clip from the night showed the songstress struggling to walk down the stairs. Despite being helped by Schilling and Butler; the struggle was quite evident. She also appeared weak while congratulating Butler for winning. Of course, it didn’t escape anyone’s attention.

It was very clear that she was unwell and fans online started to inquire about her health. Social media was filled with comments about Lisa’s health as people expressed their concerns and began to speculate the reason for the same. One user said, “She looks so malnourished here and her heartbreak is so evident.”

The heartbreak here refers to the loss of Lisa’s son Benjamin Keough who died of suicide back in 2020, leaving the “Lights Out” singer completely heartbroken and devastated. Another user said, “Look how she grabbed Jerry’s arm, I think she’s not well here, praying for LMP.”

After the event, Presley reportedly suffered from a cardiac arrest and was rushed to West Hills Hospital. As per TMZ, she was given a temporary pacemaker. Her mother Priscilla asked fans to maintain their privacy during that hour. Later, she broke the news of Lisa’s death by saying,

“It is with a heavy heart that I must share the devastating news that my beautiful daughter Lisa Marie has left us, she was the most passionate, strong, and loving woman I have ever known”.

Lisa Marie Presley is survived by her mother Priscilla Presley, her daughters Riley Keough and 14-year-old twins, Harper and Finley.