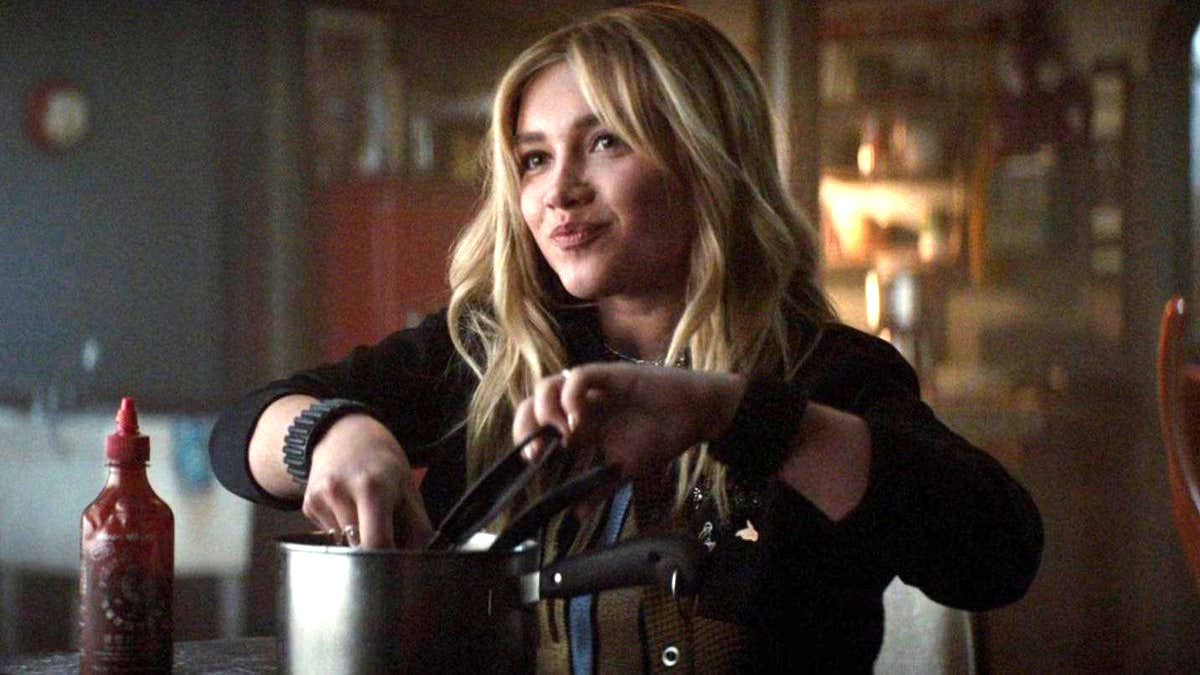 Florence Pugh is always a delight, from her phenomenal performances to her candid and humorous nature in person, fans love her. Now the actress is taking us on a little culinary journey with Vogue, going step by step through a simple yet delicious recipe for garlic crostini, and it’s ever so slightly fancier than her character Yelena’s mac and cheese.

Along with acting, one of Pugh’s other passions in life is cooking. The actress states that many members of her family are good cooks, though her father is the only professional, and having been raised in that kind of household, she has some tips and tricks she shares whilst she makes the recipe. One thing she is absolute about is the necessity for a sharp knife, even going to the lengths of taking her own knives to people’s houses when she heads there to cook.

“A sharp knife is everything, my dad taught me that when I was younger… Whenever I go to someone’s house and I’m cooking for them, I will always either bring my knives or I’ll get them a knife for their birthday being like “yeah you really need it” and actually it’s because I need it when I’m in their kitchen.”

So if Florence Pugh is rocking up to your house with a set of knives, don’t worry. She isn’t there to kill you. She just wants to be able to adequately cut food as she cooks for you.

Pugh takes this opportunity to discuss how women’s bodies are scrutinized in the media, discussing the relationship we have between our bodies and food. “I mean food is a part of it, but body image for women is a major thing. From the moment you start growing thighs and bums and boobs and all of it, everything starts changing, and your relationship with food starts changing,” she states as she cuts the tomatoes.

The actress cares far more about food than she does about fitting into some predetermined notion of how women in media should appear though. She discusses the “weird chapter” at the beginning of her career, saying,

“But that was because I wasn’t complying, and I think that was confusing to people, especially in Hollywood. I think women, especially young women in Hollywood, are obviously putting themselves in all these ways in order to get whatever opportunity they need to get because that’s just the way that it’s been.”

Pugh quickly shut that s**t down though, saying “I put my foot down on that aspect. I love food.” The whole video is so easy to watch, with Pugh making even this simple recipe highly entertaining. She finished the whole thing off with a sarcastic “Disney-esque” sign off and a dance finishing, “Hey this is cooking with Flo, b**ches!” And that is why we love her so.