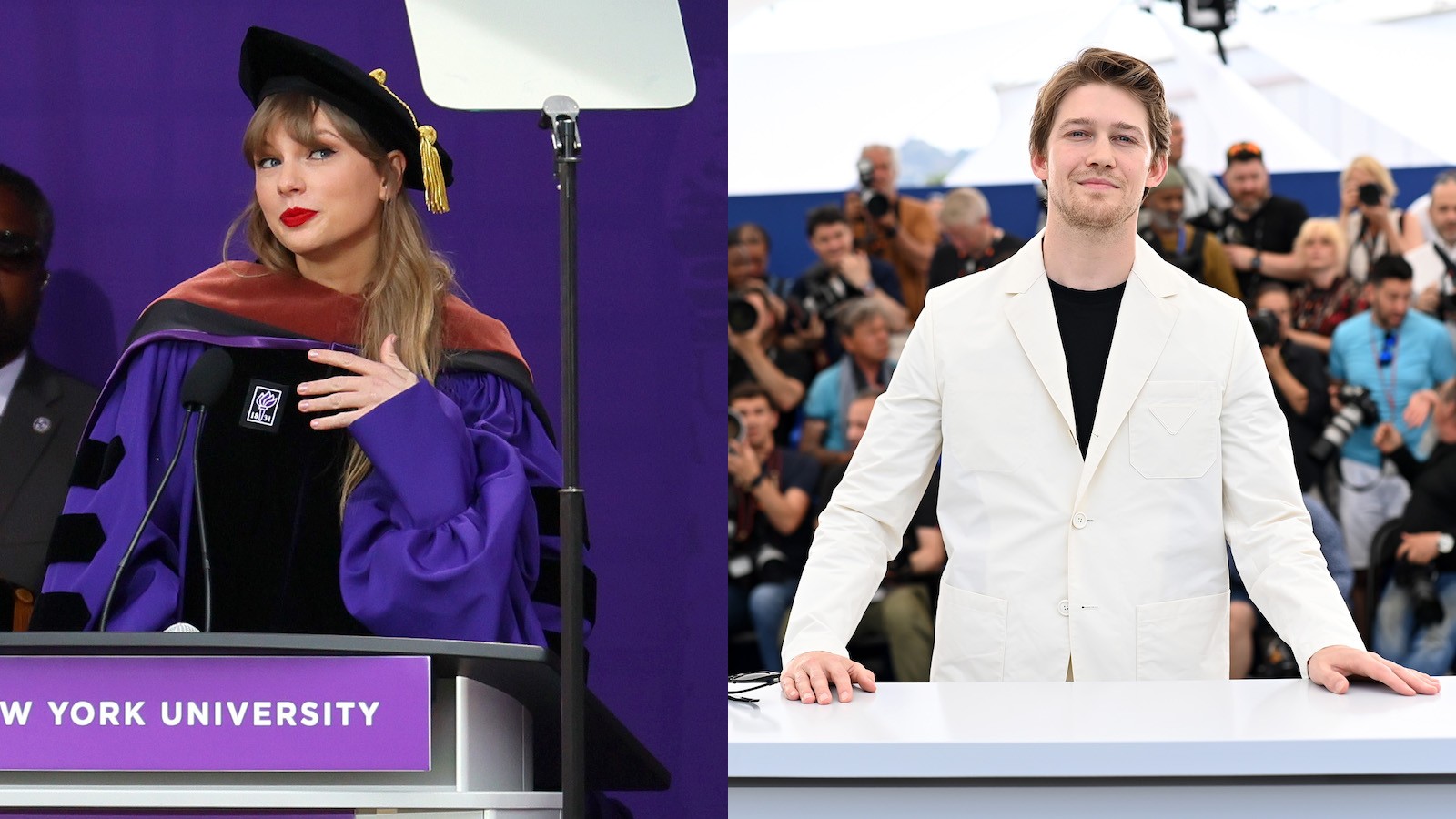 Is that the Loch Ness Monster? Why no, it’s Taylor Alison Swift and her actor boyfriend Joe Alwyn in those grainy photos, and by gosh, they are kissing.

Dr. Swift and Alwyn have kept their romance of five-ish years remarkably private, so any photo of them at all is rare. Rarer still is the PDA, so we would like to congratulate the couple on what is their first kiss, as far as the general public is concerned. The pair are enjoying some downtime somewhere in the Caribbean and, from the looks of it, having a nice time.

Alwyn recently wrapped up a press tour for his Hulu show Conversations With Friends, during which he managed to say very little about the relationship while using a considerable amount of words arranged in a way that had no meaning.

“If I had a pound for every time I think I’ve been told I’ve been engaged, then I’d have a lot of pound coins,” said Alwyn to the Wall Street Journal.

On the other hand, he told New York Magazine, “The truth is if I had a pound coin for every time someone told me I’ve been engaged, or I’m getting engaged, I would have a lot of pound coins.”

One can see why Alwyn is such an in-demand actor these days, working with the likes of Claire Denis, as he can clearly memorize lines. Gotta earn those pound coins some way, since keeping quiet about your girlfriend Taylor Swift apparently is not a real job.

Meanwhile, Swifties are speculating that Swift’s song, “Carolina,” for the film Where The Crawdads Sing, will be released tomorrow.