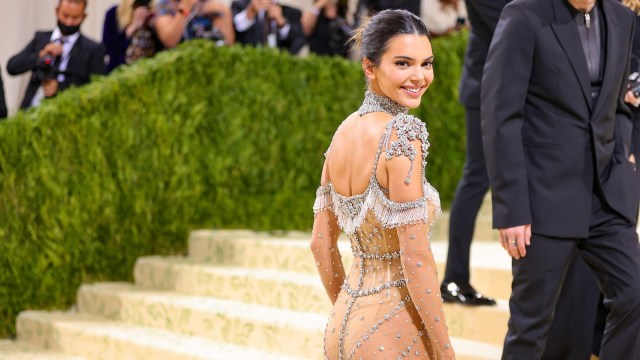 There are still a few more hours left of Halloween, but reality star and model Kendall Jenner may have won the prize for the scariest costume yet as the person who murdered your 90s kidhood. Jenner hiked up a pair of denim shorts and chaps to go as a sexy version of Jessie the Cowgirl from the Toy Story franchise and now we all have to deal with that.

Weird feelings about your favorite childhood Pixar movie aside, Kendall definitely rocked the “sexy” aspect of her “sexy kids toy” outfit, dressing up, or down as the case may be, in a spicier version of the character’s jeans, chaps, and western shirt. Jenner opted for an abbreviated version of Jessie’s jeans and shirt which spotlighted her backside and midriff.

Jenner switched into an even more daring version of the costume later in the evening featuring an even more abbreviated crop top and ditching her character-authentic red wig, although she did braid her own hair into Jessie’s signature pigtails.

The costume drew applause from some of Jenner’s celeb friends including Vanessa Hudgens but had fans across the internet facepalming over the costume’s revealing nature given that it was inspired by a children’s movie. “Why sexualise a character that is for children?? Seriously, why??” asked one commenter on the original post while another commenter asked, “This is ridiculous. It’s Halloween and you’re just sexualising a child’s character.”

Jenner wore the costume out to a Los Angeles party she attended on Saturday with her sister Kylie — who donned a far less controversial Bride of Frankenstein costume. Although perhaps that would be more appropriate for their stepsister Kim?