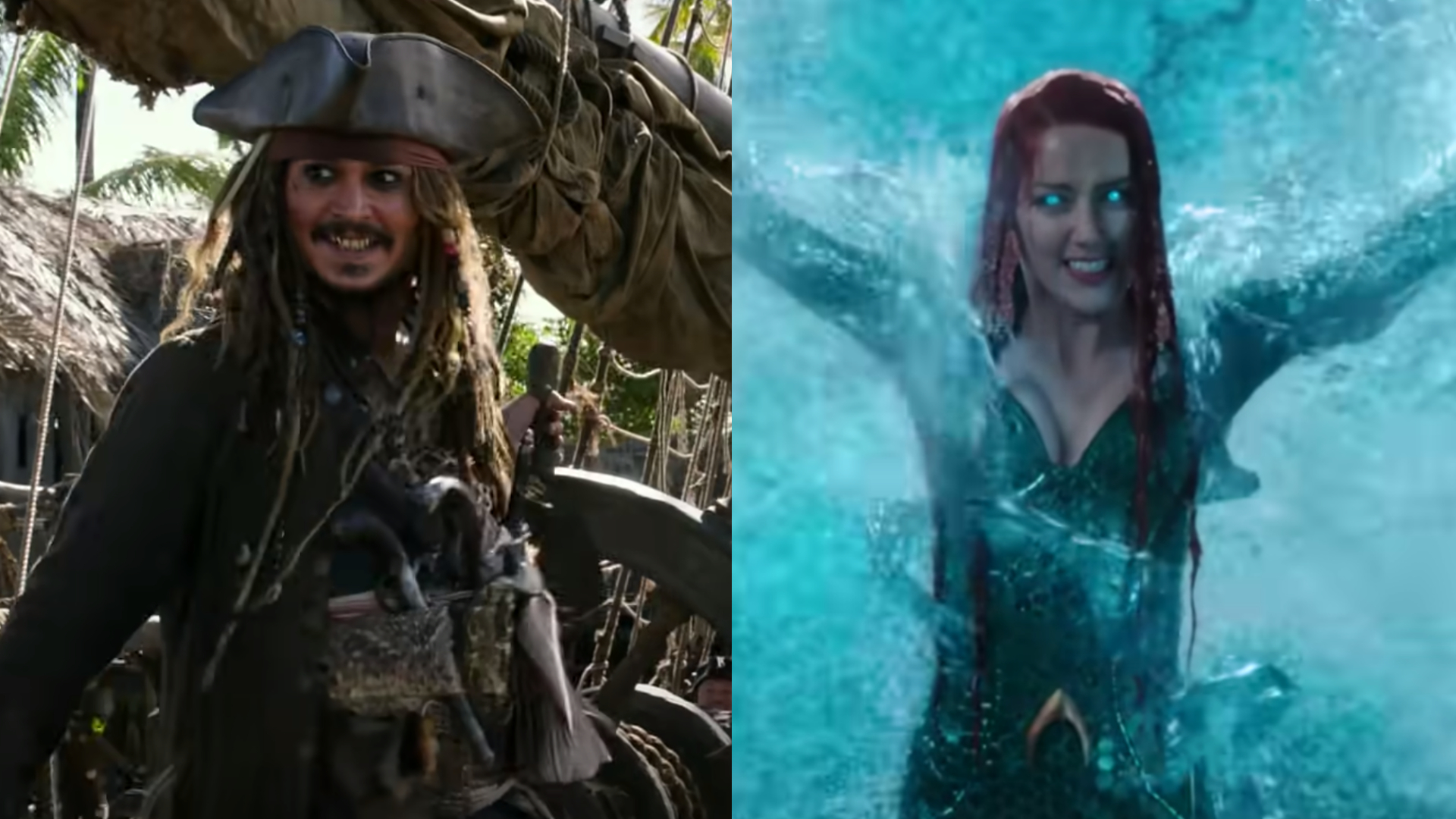 Images via Pirates of the Carribean: Dead Men Tell No Tales/ Aquaman

Following months of obsessive coverage and virulent online debate, the defamation trial between Johnny Depp and Amber Heard has reached its conclusion.

The jury reached a verdict on June 1, 2022, finally bringing an end to the near-ceaseless conversation that dominated every social media platform for weeks leading up to it. The jury ultimately ruled in favor of Depp, awarding him $15 million in the $50 million lawsuit.

With the contentious trial finally in the rearview, both Depp and Heard’s careers are likely changed forever. Both have gained and lost fans over the course of the proceedings, and those fans are curious to learn about what comes next. Both actors argued in the case that they lost jobs and opportunities due to their ongoing legal battles, with Depp noting lost work in the Pirates of the Caribbean franchise and Heard facing dedicated online campaigns to see her removed from Aquaman and the Lost Kingdom. The outcome of the trial is likely to affect future prospects on both sides, but the court of public opinion has largely decided for themselves who is in the right.

That may not be enough to stop either actor from getting roles, however, particularly with the wide-ranging feelings regarding the case. People retain harshly split opinions that support both sides of the conflict, and each side is unlikely to flock to theaters for films starring their determined “abuser.” The next few releases from each actor will likely set the stage for their future prospects, as viewers make clear how much the court trial will influence their viewing habits.

The last few years have seen Depp largely absent from Hollywood. After more than a decade of dominating the box office, Depp disappeared following a slew of popular 2018 roles. He’s only appeared in two films in the years since — 2019’s Waiting for the Barbarians and 2020’s Minamata. He was never a major player in television, but his fall from grace is evident there as well. He’s only appeared in a single television project in recent years, as Johnny Puff in the animated Puffins.

His future prospects may not be so bleak, however. Depp reportedly has a few potential projects on the docket, including a rumored appearance to a fan-favorite franchise.

The only confirmed project in Depp’s future has yet to start filming. According to Variety, he’s eventually headed back to theaters as the “controversial” French king Louis XV in a film from French filmmaker Maïwenn Le Besco. The movie has yet to reveal a title or plot, but will follow King Louis XV and countess Jeanne du Barry, who Maïwenn — a former actress — will play herself.

No other concrete projects have yet attached Depp’s name, but rumors are swirling about the actor’s potential involvement in the Beetlejuice franchise. Depp could be joining his former fiancée and Stranger Things star Winona Ryder in the highly-anticipated sequel. No legitimate casting announcements have been made — in fact, we’ve yet to get even confirmation that the film is happening — but one Google detail has fans abuzz.

When searching for “Beetlejuice 2” on Google, the search engine will offer up only three names connected to the cast list: Michael Keaton, Winona Ryder, and Johnny Depp. No one has definitively attached Depp to the film, but that isn’t stopping fans from dream casting him alongside Ryder’s Lydia Deetz. Ryder, for her part, has confirmed that she would jump at the opportunity to return to the role, telling USA Today that she is “definitely excited” and “really hopeful that it’ll happen.”

Like Depp, Heard claimed in the defamation trial that her career in Hollywood was damaged by the couple’s legal strife. DC Films chief Walter Hamada denies Heard’s claims that her role in Aquaman and the Lost Kingdom was cut down due to the increasingly controversial disputes, but her supporters continue to deny that a lack of chemistry between her and Jason Momoa was behind her reduced role. Like Depp, she’s seen a major dip in work in recent years, boasting only three film roles and one television role following a similarly successful 2018. Heard has largely seen fewer annual releases than Depp, but the decline in work is still notable.

Despite the recent roadblocks, Heard is slated to appear in two films on top of next year’s Aquaman and the Lost Kingdom. IMDb lists her as starring in two upcoming films — as Grace Burnham in In the Fire and an unidentified character in Run Away With Me — both of which are in the production stage and have yet to receive release dates.

In the Fire is described as a thriller that follows Heard’s Burnham, an 1890s psychologist who travels to a remote plantation to investigate a troubled child who appears to have supernatural abilities. The film is currently in post-production. Run Away With Me is also described as a thriller, but is in much earlier stages of development. Details around the movie’s plot are still bare, with IMDb simply offering up “an American in Paris falls for a model and the two become intertwined in the criminal underworld of the European modeling industry.” The film is in pre-production, and Heard is the only listed member of the “top cast.”