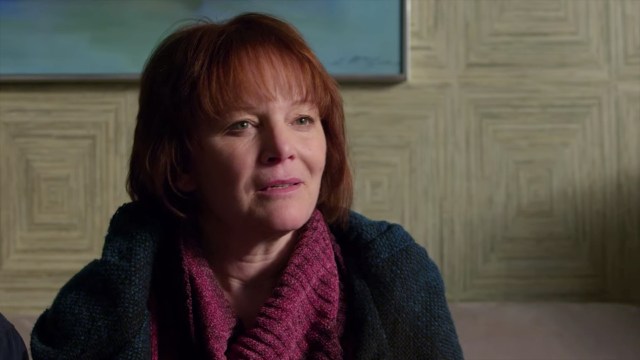 Mary Mara‘s unexpected death at only 61 is pushing her fans to reminisce on the actress’ longstanding career.

Mara’s body was found on June 26 in the St. Lawrence River, following an apparent drowning. No foul play is suspected, but the investigation is ongoing. As news of her early death rocks fans of the former ER and Law & Order star, many are turning to her wealth of previous work to soften the blow, leaning on Mara’s many stellar roles as a way to remember her contributions to the world of entertainment and as a method to celebrate her life.

Mara’s work in television stretches back decades, all the way to her very first televised role in Law & Order. She landed the role in 1993 when she was in her early ’30s and eventually returned to it more than five years later.

Law & Order was the start of a thriving television career, one that saw Mara appear in a full 40 different programs over the years. She pivoted from her first role into a brief stint on NYPD Blue before planting herself as a regular on ER between 1995 and 1996. The following years saw her appear in several smaller projects, like Nash Bridges and The Visitor, before she landed roles in larger shows like Ally McBeal in the late ’90s.

From there, Mara’s career blossomed even further. The early 2000s saw her appear in a range of popular shows, from Judging Amy and The West Wing to Boston Public, Crossing Jordan, and Star Trek: Enterprise. She’s been in single episodes of nearly every popular television show of the time, with stints on 7th Heaven and Law & Order: SVU helping to cement her as a television heavy-hitter. You’ll recognize her from some of the most popular shows of all time, with Mara boasting stints on Monk, Bones, Nip-Tuck, Dexter, Lost, Shameless, Criminal Minds, and, in her most recent role, General Hospital.

Her most recent television appearance aired more than seven years ago, but Mara was still active in the entertainment world ⏤ she just shifted her gaze toward film in recent years, a move that saw her appear in Break Even in 2020. The film aired at the conclusion of 2020 during a time in which we thought the pandemic was nearly over, and in the years since, it seems that Mara was largely taking it easy.

Most fans are likely more familiar with Mara’s television presence than her film presence. She did appear in a smattering of films over the course of her career, but many were restricted to television or more limited releases. Few people will remember her from 1990’s Blue Steel or 1992’s Mr. Saturday Night, but a rewatch will reveal her among the casts of both of these ’90s classics. She also crops up in background, and sometimes starring, roles in films like A Civil Action, Gridiron Gang, and Prom Night.

Her loss is hitting Mara’s fans hard, but thankfully fans have plenty to look back on and enjoy. Decades’ worth of roles help to immortalize Mara on our television screens, where her indelible mark will live forever.